3 Reasons Pinterest Is A Great Marketing Tool For Small Businesses

Here are three convincing reasons why you should take a closer at marketing your small business on Pinterest.

Have you heard about Pinterest? Surprisingly, many entrepreneurs don’t give it the time of day. After all, the visual bookmarking tool launched in March 2010 and is still relatively new to some.

Its goal is to help users discover and save creative ideas, but let’s face it –not every business owner has the resources or time to sit around creating pretty pins all day. But the truth is, there’s a lot more to Pinterest than a pretty face. In fact, there’s no better place to generate new sales leads (if their demographics align with your marketing sweet spot).

According to Pew Research Center, “Some 28% of online adults use Pinterest, up from the 21% who did so in August 2013. Women continue to dominate the site … 42% of online women are Pinterest users” and “Pinterest remains popular among younger users.”

Given the founders goals to build the world’s first and biggest discovery engine and the nature of users to flock to the most visually appealing boards and re-share content, Pinterest is basically designed to be a never-ending waterfall of brand promotion. The business implications for that sort of exposure are enormous.

Constructing a quality Pinterest profile takes time and effort – and with a measly 47 million monthly active users in the U.S. this year alone—a lot of content marketers would rather try and tap into more mainstream sites pay to play platforms like Facebook. But to be honest, Facebook’s 1.44 billion monthly active users are statistically less likely to drive your company’s marketing efforts and generate a strong ROI.

Here are three convincing reasons why you should take a closer at marketing your small business on Pinterest.

Pinterest isn’t necessarily the most low-maintenance social media platform on the web. If you want to establish a decent following, you must regularly create and share engaging and aesthetically-pleasing content that will attract would-be customers. However, if you’re willing to put in the time, your efforts will not go unrewarded.

If you’re ready to start pinning, set up a free Pinterest business account and “get discovered by millions of people looking for things to plan, buy and do.”

Rebecca Honnan is a digital media executive at Quality Formations, one of the UK’s leading company formation services. Connect with @Q_Formations on Twitter. 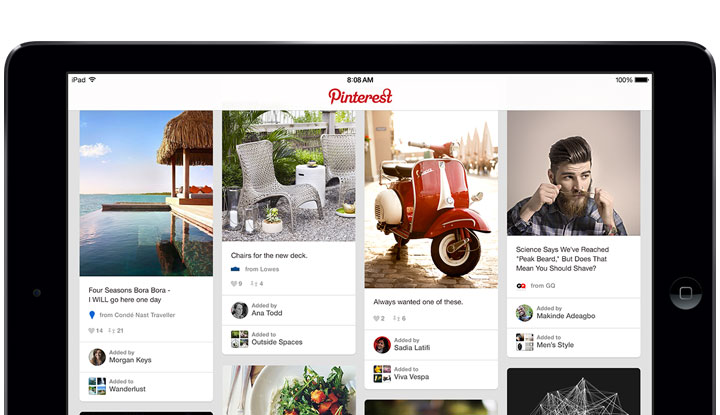