Has Klout Lost Its Clout?

Klout, the social media score measuring service, has been debated since 2011... Back then people used to boast about their Klout score in bars. Not these days.

Klout, the social media score measuring service, has been debated since 2011, only two years after it was a darling of the tech community. Back then people used to boast about their Klout score in bars.

The debate about Klout’s perceived usefulness was sparked in 2011 by a couple of science fiction writers, who perhaps rightly questioned: “Who appointed Klout the score keeper of digital influence?”

John Scalzi, the author of Old Man’s War and other science fiction novels, runs a blog, Whatever, and was vocal in his criticism:

“I could rank your influence online. If you like: I’ll add your number of Twitter followers to your number of Facebook friends, subtract the number of MySpace friends, laugh and point if you’re still on Friendster, take the square root, round up to the nearest integer and add six. That’s your Scalzi Number (mine is 172). You’re welcome” (Mashable).

And yet, fast forward a few years later and Lithium Technologies purchases Klout in March 2014 for $200 million (a stock deal); finally placing a generous dollar amount on the value of Klout. However, that didn’t end the debate surrounding the San Francisco-based startup.

With 200,000 business customers and $10 million in revenue, according to BI reports, it clearly shouldn’t be ignored, especially as a viable marketing tool.

Despite the acquisition, the debate continues around whether users can depend on the algorithms behind Klout scores (which ranks social media scores between 0 and 100). Admittedly, when the social scoring service ranked Justin Bieber above U.S. President Barack Obama, people had a right to call foul. A mistake that was later corrected.

Jay Baer, of Convince and Convert, a notable social media expert points out that Klout “can only measure data points”; just like Google, Facebook, Twitter, Nielsen and dozens of other algorithm-contingent products. Points can’t be allocated for offline, real-world influence and experiences. Google and Nielsen aren’t capable of doing that either.

The End of Influence

Before the sale, Klout made a pivot which made it a more useful tool for marketers and businesses. Measuring “influence” is no longer their focus: a word Lithium CEO Rob Tarkoff said they would retire in favour of “reputation and expertise” (Re/code).

Content marketing has also changed the game, which is why Klout gives users a curated mix of content, which they can publish through social channels; thereby increasing online reputation and expertise.

Businesses can also measure context around online products and user generated reviews. According to Lithium, “Individual products will be assigned a Klout score based on user ratings, reviews and mentions across social media. People who submit product reviews will also have their individual Klout score displayed, alongside their review, so other users can judge how reliable their review is.”

The purpose of Klout is to provide context to influencers, products and content. Perhaps somewhat arbitrary, but a useful indicator for marketing professionals.

Without context, knowing why a certain piece of content has value; or why some social media fans are more influential; or when to improve a product description, marketing campaigns can lose traction.

Including Klout scores as a factor in your decision making is a logical data point when designing digital campaigns. Arbitrary or not, Klout should still be in every marketers tool kit.

Benjamin Kerry is CEO of Precise English, an SEO copywriting agency in the UK. He specializes in web copy, e-commerce, high converting product descriptions and engaging blog content. Connect with @preciseenglish on Twitter. 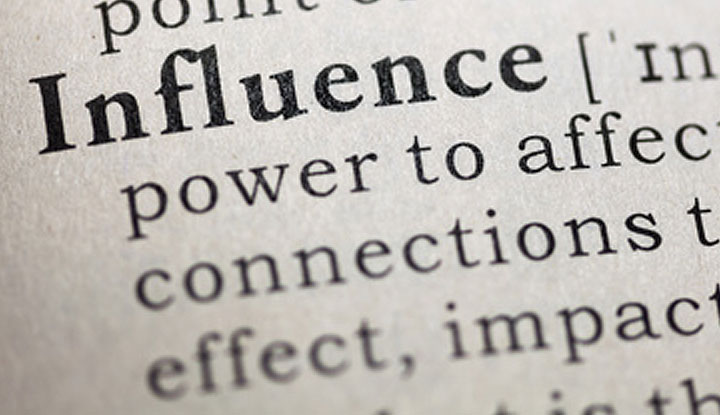