10 Things Successful Entrepreneurs Simply Will Not Do

There's no doubt that in order to be successful you have to work hard. However, the difference between successful entrepreneurs and unsuccessful ones is  that they work hard...

There’s no doubt that in order to be successful you have to work hard. However, the difference between successful entrepreneurs and unsuccessful ones is  that they work hard on the things that matter the most. They also spend less time doing these 10 things.

Highly successful people tend to surround themselves with other successful and positive people. They refuse to have negative thinkers and “Debbie Downers”  in their circle because they believe in the famous Jim Rohn quote: “You are the average of the five people you spend the most time with.”

If you want to start being more successful in business, take a look at the five people you interact with the most. Are they people that have the same  life goals or aspirations as you? If not, it may be time to find a new circle.

Holding onto the past can prevent you from moving forward. Henry Ford, American industrialist and founder of the Ford Motor Company, is a classic example of someone who refused to let his past stop him from  achieving success.

Before founding Ford Motor Company, he started Detroit Automobile Company which went out of business in 1901. He also had a few  other failed businesses. If Ford would have dwelled on his past failures, he never would’ve had the motivation and courage to try again.

3. Things they aren’t passionate about.

Virgin Group founder Richard Branson credits part of his success to this very philosophy, and says: “I don’t think of work as work and play as play. It’s all living.”

Take a look at today’s leading companies today, such as Google, Apple and Walt Disney. They weren’t created by a single person. Google had Larry Page and  Sergey Brin. Apple had Steve Jobs and Steve Wozniak. Walt Disney was founded by the Disney brothers, Walt and Roy. And the founders of all these companies  developed teams around them in order to grow into the billion-dollar corporations they are today.

Similarly, successful entrepreneurs know the importance of building a team. More importantly, they don’t spend time trying to handle every minutia task by themselves.

Gary Keller, author of The One Thing  and co-founder of the largest real estate company in the world, is a big advocate of laser-focus on one thing at a time, instead of trying to juggle  multiple tasks simultaneously.

Research shows that only 2% of people can multitask successfully. Our  brains are only able to handle two complex tasks at a time. Even then, the  brain is not able to focus at full capacity on either one of the tasks.

6. Start the day without plans.

For successful people, their day starts the night before. What I mean is this: they spend each day planning what they have to do the next day. This improves decision making and prevents the notorious time-wasting habit of asking yourself, “What do I need to do today?” Create a new habit of taking 10-20 minutes at the end of each day to plan what you need to do the following day.

Over the years, company  meetings have developed a reputation for being boring and pointless. But successful people don’t waste time hosting pointless meetings.

For example, Apple is known for having meetings (during the Steve Jobs era) that were actually productive. Every project or task was assigned to a DRI, or Directly Responsible Individual. During meetings, the DRI was identified for each agenda item, consequently streamlining each meeting.

8. Reply to every email.

Email can be a dangerous time waster and kill your productivity. One of the main reasons is because answering emails put you on other people’s agenda,  most of the time. Successful entrepreneurs don’t spend hours each day replying to every email they receive.

At one time, there were rumors that billionaire entrepreneur Mark Cuban took time to reply to every email he receives. However, a Quora post Cuban wrote answering the question “Is it  true that Mark Cuban actually answers every email he gets?” shows that’s not the case anymore. Cuban replied: “No. I don’t answer them all any longer. Too many !! I do answer the ones that are of interest or value to me.  The ones I dont answer are usually business pitches or financial requests that I have no interest in.”

9. Find someone to blame.

When something goes wrong on a project or in life, you have two choices: a) play the blame game or b) solve the problem. Successful entrepreneurs solve the problem. This is because successful people are problem  solvers. They know time spent trying to blame others is better spent coming together to find a solution.

Paralysis by analysis is something that stops a lot of people from ever reaching their full potential. The founder of LinkedIn, Reid Hoffman, has an excellent outlook on taking action on your ideas. One of his most famous quotes is: “If you are not embarrassed by the first version of your product, you’ve launched too late.”

As I stated earlier, planning is important, but at a certain point you have to stop mulling things over and just take action.

Brit Tammeorg is the Digital Marketing Manager at TextMagic, a business text-messaging service for sending notifications, alerts, reminders, confirmations and SMS marketing campaigns. She has been involved in the startup scene for years and has often found her inspiration from YFS Magazine. Connect with @textmagic on Twitter. 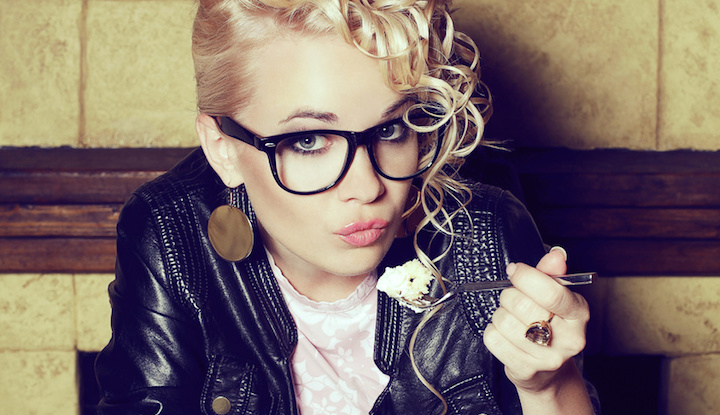