Why Are There So Many Fake Entrepreneurs?

Real entrepreneurs are born and prove out their DNA with hard work. What I’m saying is this: only a handful of people have what it takes.

We have just lived through the greatest era of fake entrepreneurs.   An era where people believed that raising several millions of dollars for a business meant they were a successful entrepreneur.

But the fact is so many of these businesses won’t succeed, and so many of them were started by individuals who are not entrepreneurs.

The current overestimation in the business ecosystem that raising capital means you’ve done something worth celebrating is ludicrous. As the economy gets tighter, these businesses will start to disappear. Some will be acquired, but rarely does that mean anyone actually made any money. Usually it just means they get jobs.

For example, big Company A launches, it fails, investors lose money, and now they work at big Company B instead.   The belief that becoming an entrepreneur is possible for anyone certainly has a big role to play in this “fail and get acquired” ecosystem.

There needs to be a reset… a shift at how we look at entrepreneurship as a skill and talent and what it really takes to start and lead a successful company. Most people think entrepreneurship is a developable skill, and it’s just not.

If someone plays a few games of pickup basketball, they don’t automatically believe they’re ready for the pros. But the same understanding of skill and talent just doesn’t seem to be applied when we talk about entrepreneurship.

So many “entrepreneurs” over the last five years are people that one day decided they’re just going to “become an entrepreneur” and expect it to be something they can pick up and learn. We all know how hard NBA players work on their craft to get to that professional level, but we’re also equally aware of the massive amount of athleticism and talent they were born with to harness and execute against.

“But let’s be clear about entrepreneurs and the businesses they run: there are levels to this stuff.”Gary Vaynerchuk

Imagine if the NBA opened tryouts to everyone and anyone who tried out made the league and became an NBA player. That’s basically how we’ve been treating entrepreneurs and the startup culture. Someone shows up to tryouts and they’re automatically referred to as an entrepreneur and someone who builds businesses.

Why don’t we apply the same perspective, how we view the talents and skill sets of our best athletes, to how we teach entrepreneurship and becoming and entrepreneur?

Because the fact is this: entrepreneurs are born, not made. Of course, anyone can maximize their natural talents, but it doesn’t necessarily make them successful at it. I could maximize my singing with vocal lessons, but I’ll still always be a mediocre singer.

To win at the very top of the chain, you have to be born with talent.

So, what are the characteristics and skills of a good entrepreneur? To be a pro-athlete, you would most likely be tall, fast, athletic, and have real eye-hand coordination. But the qualities of a great entrepreneur are more abstract for someone studying business.

From my experience, I believe there are five distinct characteristics that mean you have the chops when it comes to building a business.

The ability to sell something is absolutely necessary to run a business at any stage. Whether you’re starting out on the floor like I did selling a physical product or the CEO of an agency selling the talented employees, you need to know how to make a sale.

2. A chip on your shoulder.

Yes, I’m serious. And that can come in two forms. Either you were born with nothing, zero, and you’re just hungrier than the average human. Or, it’s the reverse: you were born into a lot of wealth and opportunity and you want to prove that you don’t need it, and can do it on your own. In either case, some kind of chip can push you a long way, especially for the amount of hours and energy you’ll need to put into your business.

Being an entrepreneur means you rely on yourself and no one else. At the end of the day, you need to be 100% comfortable with making the final call, being able to trust yourself and your intuition.

4. An understanding of consumers.

Zuckerberg is a fantastic example of someone who truly understands and trades consumer attention. He got it with his product: Facebook. He held onto it by identifying and acquiring Instagram. And he saw it with Snapchat too, but that deal didn’t pan out. In any case, the lesson is that not only knowing where the consumer is, but also where they are going, is crucial.

It can be a slow and lonely climb to the top. If patience is a trait you don’t currently possess, but you want to play in this world, I recommend developing it as much as you possibly can.

There are levels to this stuff

There is an amazing number of entrepreneurs who can make $80,000-$90,000 working for themselves running a small e-commerce shop around a personal interest. And the opportunities to do that have never been more available. If you want to do that, do it. It was the main thesis statement of my first book Crush It.

I am all about that life and I support it.   But let’s be clear about entrepreneurs and the businesses they run: there are levels to this stuff.

The higher you climb and the more the business grows, the stakes become a lot bigger.   Anyone can start a business, but only the top 25% will actually grow into multi-million dollar companies with more than one employee.

Real entrepreneurs are born and prove out their DNA with hard work. What I’m saying is this: only a handful of people have what it takes to truly run a million dollar business.

Gary Vaynerchuk is the CEO and founder of Vaynermedia, one of the world’s fastest growing digital agencies. Vaynermedia represents brands such as PepsiCo, General Electric, and Anheuser-Busch InBev. He’s also a 3-time New York Times Bestselling Author, Partner at venture capital fund VaynerRSE, and was named to both Crain’s and Fortune’s 40 Under 40 lists. He publishes articles and videos on various topics spanning business, entrepreneurship, and social media marketing, as well as personal and professional development. This article on entrepreneurship originally  appeared on GaryVaynerchuk.com. Connect with @garyvee on Twitter. 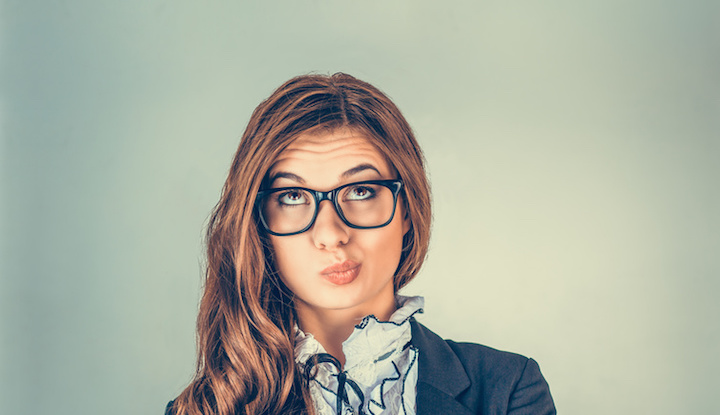