$25 Billion Market And Rising, How To Develop Killer Mobile Apps

The mobile apps market keeps growing infinitely like a hydra on steroids. The use of mobile devices is limitless.

The mobile apps market keeps growing infinitely like a hydra on steroids. The use of mobile devices is limitless. For every use the mobile has been put to, there is an app. Each original app spawns hundreds, if not thousands, of copycat apps.

Interestingly, apps are downloaded with such an astonishing frequency that even rookie developers get their 15 seconds of fame. But what does it take to create a killer mobile app and be among the top android app development services?

The market for your app is just as important as the need for its functionality. If you developed an app to predict tomorrow, you would become an instant multi-billionaire from satisfying the need to know the unknown by all human beings. Sadly, it will not happen so you are stuck with financial, spiritual and social needs.

The apps that meet the following needs have shown the greatest sales over recent years. Choose one of these niches, be creative with your mobile app and watch the downloads pour in.

The app market has been largely influenced (and indeed exploded) by the advent of Google’s Android platform. This is not to say appreneurs should ignore other platforms like Apple and Windows, but in app development, Android has become the 500 pound Gorilla. To succeed in the App market, going with Android seems to be the smartest choice.

The number of device manufacturers that choose the Android platform is also expanding each year. The platform’s claim to fame was given a shot in the arm by huge Asian manufacturers who chose to go with it.

Notably, Samsung has overtaken Apple as the leading manufacturer of smartphones. LG, Huawei and Sony are the other heavyweight brands behind the platform. The number of brands and models from these manufacturers are nearly inumerable.

If you’re developing a mobile app it should be compatible with these devices. For example, if you develop an app on Android 5.2, ensure all devices coming from these manufacturers carrying Android 5.2 can run it.

Consider ease of use

The many hidden functions of mobile devices are maddening enough for the average user to bother themselves with a complex mobile app. Make your app simple but powerful.

The functions that are required should be prioritized. For example if you are developing a mobile money app, prioritize sending and receiving instead of currency exchange rates. Learn from desktop software developers who have perfected beta testing to gauge the performance and reception of software by users.

Developing a mobile app is just like any other business venture. You will have to incur production costs. Luckily, there are some tools available for Android app development professionals. These tools are for example Pega 7, KONY and Sybase Unwired Platform. Lower costs mean lower prices for your apps. In a crowded mobile app market, you cannot afford to look costly and above reach. You will find that many of your competitors are using a freemium model with other revenue streams planned.

Charity is alright, but unless you are in the non-profit field, you have developed your mobile app to make that extra coin. Monetizing mobile apps is very tricky as competing versions often appear in the hundreds if not thousands. Formulate a mobile app marketing strategy that will not unhinge your customer in future. Learn from big apps like Twitter which early on failed to translate numbers into money, while they reportedly earn 85% or more of revenue from advertising and data licensing.

Just like hardware technology for mobile devices, mobile apps keep getting better and more powerful. Ensure your apps keep up with the Android platform. There is little sense in offering an app for Android 4.2 while version 5.2 is in the market. Keeping up with the Android platform also means you are able to capture new customers who are buying devices for the first time.

Jihn Siepen is a social media strategist and small business owner. He is a regular contributor to numerous online magazines and journals. He has been helping small business owners plan their strategies for success since 2009. Connect with  @SiepenJihnon Twitter. 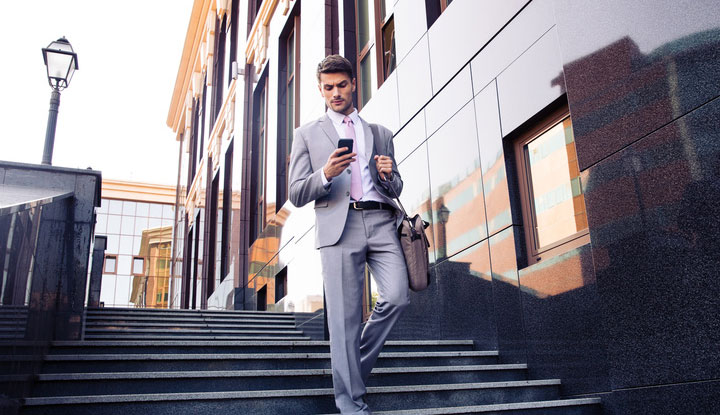