Peyton Manning announced retirement, after 18 seasons, on March 7, 2016. Manning’s final words of his retirement speech were, “I’ve fought a good fight. I’ve finished my football race and after 18 years, it’s time. God bless all of you and God bless football.”

It is not a surprise. Many of us saw it coming at the beginning of his last season. However, as I started to think about Peyton Manning my creative juices started flowing. I thought about the person, the legacy and the impact that he made on the game of football. He brought much more than skill to the game of football.

Peyton Manning poured his soul into perfecting his craft. That is why he retires as one of the most respected athletes in the world. You may not be a sports fanatic, but we can all take some lessons from the life of a man that gave so much to the game of football. These are lessons you can apply to life or business.

Success is a hallmark of personal integrity.

I will never forget hearing the story of what Peyton did in a moment of great frustration. It was after Super Bowl 48. He left the field with a scoreboard that read: Seattle 43, Denver 8.

After Peyton addressed the media, in pain and just wanting some time to be alone, he heard the voice of Steve Lopez, a beer vendor from the Bronx. Lopez politely asked Peyton for his autograph. Peyton looked Lopez right in the eye and told him, “Not right now, but before I leave I will sign it.”

Peyton honored his word and signed the autograph for Lopez that day. He even stayed to sign autographs for other loyal fans. This speaks volumes to the character of Peyton Manning. Even in his disappointment and pain he showed his love and appreciation for his fans. This is a lesson we can all apply to life and business.

Integrity is truly the foundation of great leadership and a great life.

Integrity and kindness are unforgettable and they touch the heart in a profound way.  Peyton was committed to the game of football. Some will argue that Peyton Manning comes from a rich football heritage. However, heritage is no substitute for hard work.

Heritage is no substitute for hard work.

Peyton retired after 18 years in the NFL. From coaches to players and even analysts nobody will argue with the work ethic of Peyton Manning. For the last 18 years he has mesmerized us with his athleticism, accuracy and passion for the game of football.

Nobody can teach you passion. You either have it or you don’t.

Peyton played with passion to the very end. You don’t achieve the success that he achieved without commitment. He worked tirelessly on his game because he wanted to be the best. It is the same type of commitment that we should bring to life and business.

Become effective in all that you do.

One of my favorite things about Peyton Manning is that he constantly pushed himself to be better and ultimately became the best at what he did. Peyton goes down in history as a five time MVP.

Just think … Peyton signed his first NFL contract in 1998 and the deal was worth around $46.3 million. When Peyton started his NFL career he was not concerned with breaking records. Peyton simply set out to be effective. However, that effectiveness has produced earnings and elevated him to a realm of greatness that is unrivaled.

When you demand the best in everything you do you will break records and birth new realities. Excuses do not make you effective. Elevate your game and transform your industry. The skills you cultivate determine the success you create. The difference between mediocrity and greatness is development. Instead of duplicating your industry perfect your craft and dominate your industry.

Peyton Manning has secured his legacy as one of the greatest quarterbacks to ever play the game. Peyton exemplifies a lesson that I have been working to teach my clients for years. You have to develop a larger view of your life.

You have to come to a point where you think long-term and you start focusing on your legacy. However, it is impossible to have a legacy paradigm without cultivating a lifestyle of excellence.

Manning perfected his craft to such a point that others now seek to emulate what he has done. He was incredible to watch and he changed the game of football forever. The history books will tell of the impact he had on the game for generations.

A powerful brand is a respected brand.

What I love most is that he remained a highly marketable player. Manning built a powerful brand that is well-respected. It is not enough to just do what you do well. True greatness is about living well. When skill is coupled with sincerity you create a recipe for success.

We live in the era of personal branding. Everyone is offering us strategies to build successful brands. However, I believe the greatest way to build a successful brand is to illustrate and live the principles you believe in. When you live the principles you believe in, you not only profit but position yourself as a game changer that people can believe in. This is exactly what Peyton Manning did. When you exemplify excellence you create an enduring legacy.

Jamelle Sanders is the CEO of Jamelle Sanders International. Jamelle is committed to empowering entrepreneurs and leaders to live up to their true potential and to profit wildly in their businesses. Jamelle is a life coach, author, leading empowerment specialist and highly respected thought leader. Jamelle has successfully empowered leaders and entrepreneurs around the world to succeed in business and in life. Connect with @JamelleSanders on Twitter. 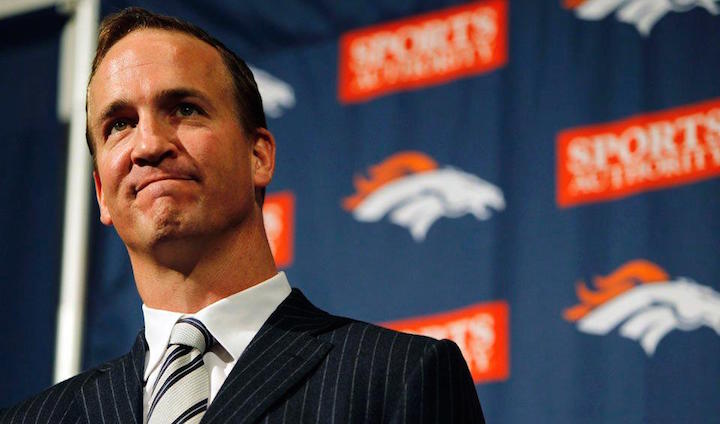