Zuckerberg Rich: 3 Ways To Build A Business Worth Billions

Here are three lessons entrepreneurs can learn from Zuckerbergs’ climatic rise; ideas you can apply to your business if you want to build a billion-dollar unicorn company.

Okay, let’s talk about it. Mark Zuckerberg is filthy rich.

The Facebook co-founder has changed the way current and future generations of people and businesses consume information and do business. CNN Money reported that Zuckerberg was worth $19.1 billion at the time of the Facebook IPO in 2012.

I started using Facebook in the Spring of 2005 while I was in college. I have remained a fan and user ever since. I learned how to leverage Facebook for business, and took notes from Zuckerberg’s playbook to master business planning. Like many entrepreneurs I wanted to learn how to get Zuckerberg rich – or close to it!

Why did an online network that started in a Harvard dorm room years later garner a multi-billion dollar IPO, making one co-founder alone worth billions – to the tune of 35.7 billion in 2015 alone?

Here are three lessons entrepreneurs can learn from Zuckerbergs’ climatic rise; ideas you can apply to your business if you want to build a billion-dollar unicorn company.

1.  Find a huge problem and care deeply about solving it.

The big problem Facebook solved was communication. Facebook gave people an easy way to communicate with a technology that they were already using; laptop and desktop computers. Today, Facebook tackles that same problem as new and emerging technology comes on the scene. “Zuckerberg says that Facebook grew out of a desire to connect the world — and this focus has helped it grow to where it is today.”

If you want to build a company that’s on its way to billions, identify a big problem. When you work with big problems, big opportunity follows closely behind. You can start small, just as Facebook did.

Zuckerberg recalls the early days of viewing the problem they were solving of high importance: “When I reflect on the last 10 years, one question I ask myself is: why were we the ones to build this? We were just students. We had way fewer resources than big companies. If they had focused on this problem, they could have done it. The only answer I can think of is: we just cared more.”

A former CEO of MySpace has noted he “believes that Facebook was able to overtake MySpace because Facebook ‘perfected’ the social networking concept, whereas MySpace just introduced people to it.”

But perfecting a product is based on listening to customers very closely. Forbes reports that “the brilliance of Mark Zuckerberg was his willingness to allow Facebook to go wherever the market wanted it.  Farmville and other social games – why not?  Different ways to find potential friends – go for it.  The founders kept pushing the technology to do anything users wanted.”  The simple solution paired with agility to move as the market desired helped the social networking site make plenty of smart moves.

“If you have an idea for networking on something, Facebook pushed its tech folks to make it happen.  And they kept listening.  And looking within the comments for what would be the next application – the next promotion – the next revision that would lead to more uses, more users and more growth.” These same rules apply to founders who aim to build a business that’s worth of billions.

3. Figure out how your business makes money.

Zuckerberg started out with a social mission. This meant that “Facebook started its business backwards, which seems to be a growing trend on the Internet. It started by building its audience with general idea of monetizing them later.”

After launching in February 2004, a month later he started thinking about future revenue opportunities. “‘It might be nice in the future to get some ads going to offset the cost of the servers,’ Zuckerberg told The Harvard Crimson, his college paper, on March 1, 2004. As it turned out, ‘in the future’ meant about a month.”

Facebook soon figured out how to make money with ads. Back in 2006, it was rumored that Facebook was “generating about $1m per week in revenue,” according to TechCrunch.

Determining your revenue model is essential. When you understand how your business makes money, you have the power to grow it in a direction that will create a strong financial impact. Take a look at how key players in your industry make money. Then think about ways to improve what is currently being done.

Once you set your focus on solving a big problem, you are going to have an overwhelming amount of work to do. The key to getting it done is to keep it simple. Your customers will appreciate simplicity and help guide you along the way. Also, make sure you know your revenue model with an intent to be profitable and impact the world. 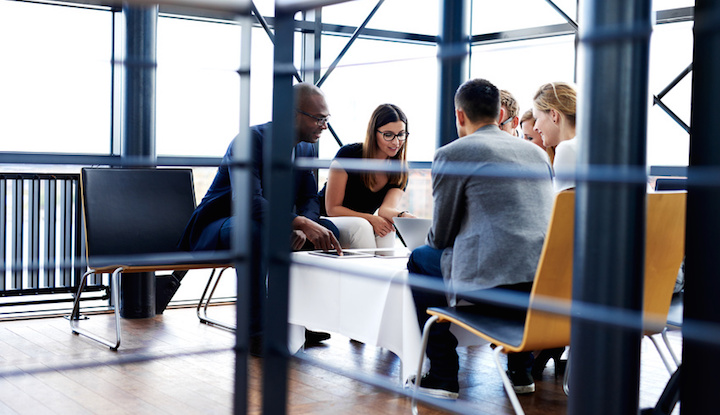