The Diminishing Returns Of Facebook And What’s Next For Marketers

Keep these points in mind, and you’ll not only worry less and less about whether or not organic reach on Facebook is “dead,” you’ll watch your own look...

If you want to make your head spin, go Google “Facebook organic reach is dead.”

It’s a one-way ticket to a world of irreconcilable opinions. “Abandon ship, organic reach is dead!” “No wait, Facebook is still a land of opportunity!” It’s more than a little difficult trying to figure out who’s right — especially because in a lot of ways, everyone is right (and everyone is wrong, too).

Facebook announced a new algorithm update recently, as a “part of the ongoing effort to lower the visibility of publishers with weak content while raising the profiles of substantive ones. As always, publishers that have become more reliant on traffic from the social network are left wondering who wins and loses as a result,” Digiday reports.

While there’s no arguing that Facebook has offered seriously diminishing returns for businesses and marketers over the years, that’s a symptom of growth with any relatively young, increasingly competitive medium.

That’s why I made the conscious decision to stop paying attention to both sides of the organic reach argument. Instead of allowing myself to feel passive and helpless in the face of declining reach, I learned how to adapt to Facebook’s changes before they happen — and to refocus my strategy on statistics that affect my bottom line a lot more than reach ever did.

Here’s how I shifted focus, and where you can start.

Facebook uses complex algorithms to determine how much organic reach to give your updates, and if you pay attention, every now and then they’ll give you an inside peek at what they’re looking for.

Facebook’s newsroom periodically shares news about upcoming algorithm changes, so savvy marketers can start adjusting their social strategies ahead of time. Share the right kind of content, and Facebook may be inclined to reward you with better reach. Post the wrong kind of content, and that reach could tank.

For example, in autumn 2014, Facebook announced that it was going to start favoring link posts with images attached over photo posts with URLs in their captions. As of February 2015, link posts were getting as much as three times the organic reach of photo posts — and because I adjusted my strategy months prior, I’d been reaping the benefits for a long time. If I hadn’t known, I might have been wasting my time and energy on posting the wrong types of content — and a lot of pages were.

Keep an eye out for Facebook’s announcements regarding algorithm changes, and you can stay ahead of the curve.

When are some of the best times to post on Facebook? Around noon? Just after dinner time? Weekdays, weekends?

Actually, the best times to post on Facebook depend entirely on you and your audience; this isn’t exactly an answer you’ll find in most “expert” findings.

Instead of scouring the web for tips about hot times to post, stay on your own Facebook page; that’s where all the answers are. Your page’s Insights tab will provide a wealth of information about your users, including the days and times when they’re online.

You can also sort your posts according to which ones got the most engagement and which had the highest reach, so you can determine not just when you should post, but what you should post.

I’ve found that these statistics exhibit some ebb and flow as my audience and its habits change over time, so I monitor them periodically and use them to continually refine and refocus my posting habits.

Variables like my ideal posting times and my most popular content aren’t always consistent, but by checking my statistics on a regular basis, I can eliminate a considerable amount of guesswork and have an easier time posting when it counts the most.

There’s nothing more dangerous than a statistic out of context, so think twice before listening to the wisdom of the crowd. Case in point: the vast majority of consumers say that brands should only post to Facebook once or twice per day.

Should you take their advice? Absolutely not.

Consider that the average organic reach on Facebook is about 7 percent — a statistic most consumers probably aren’t aware of. If you only post twice a day, you might be reaching about one-seventh of your followers at best.

Facebook’s algorithms mean that most of your fans won’t see any given update you share. Depending on the types of updates you post, you could share 10 in a day and still only reach about half your fans. So while they may only want to see one or two posts from you in a single day, you would have to post significantly more frequently than once or twice to hit that mark.

The solution I’ve implemented has been to save my social media updates and re-share them over time. This kills two birds with one stone: it makes it easier to maintain a heavy posting schedule (posting as many as 20 updates per day, across different social networks), and it ensures that every update gets multiple chances to find its audience.

Why throw away a perfectly good Facebook update when 93 percent of your audience didn’t even see it?

Keep these points in mind, and you’ll not only worry less and less about whether or not organic reach on Facebook is “dead,” you’ll watch your own look better and better over time.

Laura Roeder is an acclaimed social media marketing expert and founder of Edgar, a social media automation and content management tool. Connect with @lkr on Twitter. 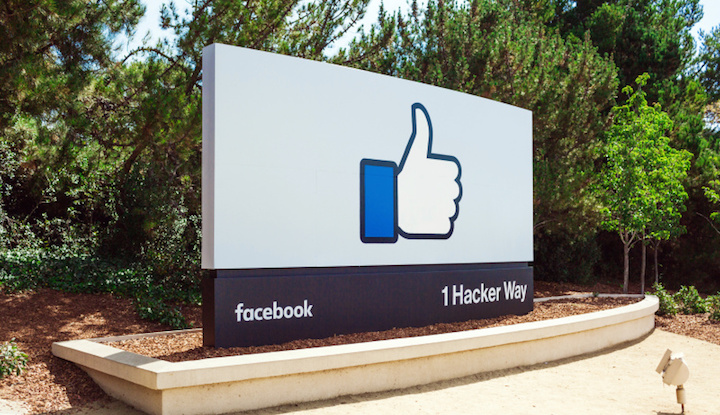