By definition, “Viral marketing describes any strategy that encourages individuals to pass on a marketing message to others, creating the potential for exponential growth in the message’s exposure and influence. Like viruses, such strategies take advantage of rapid multiplication to explode the message to thousands, to millions.”

The right catchphrase, image, or story could be transmitted across social media and appeal to millions of young people, a demographic many advertisers have always chased.

But there is a lot of work behind crafting a successful viral marketing campaign, and there is such a thing as bad publicity over the Internet.

Say the wrong thing and the Internet won’t hesitate to lambaste your company, making a brand worse off than before.

So in order to do viral marketing the right way, we have to understand the key components of what makes viral campaigns successful (or at least not a disaster).

1. Consider a number of narrative directions

This may seem to be the opposite of what a viral marketing campaign is supposed to be, but the wrong message (or something a bit off, at first) can spark a wave of acrimony.

Consider McDonalds’ attempt in 2012. Some advertising genius came up with the idea of launching a hashtag called #McDStories which would describe happy customer stories at McDonald’s. But as most people could have predicted, Twitter users instead used the hashtag to describe horror stories while eating at McDonald’s.

McDonald’s was too caught up in the spontaneity which is supposed to be part of viral marketing, and lost control over the message. #McDStories failed because by just letting users spout opinions, McDonald’s increased the possibility of it taking a direction that was not in their best interests.

2. Tell a short and compelling story

Viral marketing, just like traditional marketing, is about storytelling. Plan the story and make it short and to the point, especially when a user can disengage with just a single click or swipe.

Because viral marketing aims to get to the point, images and videos are the most powerful tools for a successful viral marketing campaign. This can apply as much to adverts on gumtree as videos on YouTube.

One brilliant example of how a short video can captivate millions comes from GoPro. In 2014, GoPro released a video called “Fireman saves Kitten”, which used a GoPro camera to show that real-life scenario.

The short video ended up winning the Advertising Age 2014 Viral Video Award, for the “Best User-Created Viral Ad”. This is one great example of what a successful viral ad should look like.

It tells an interesting, emotional and compelling story; and it is short enough to keep the viewer’s attention.

A viral marketing campaign should be able to tell a story in a concise way, but a good story is not enough. The story has to appeal to some emotion that viewers can relate to. According to research published by Harvard Business Review, “it is important to create maximal emotional excitement quickly. Hit them hard and fast with strong emotions, but remember to keep the branding to a minimum. Heavy use of branding can cause many viewers to disregard the content as spammy or salesy, resulting in loss of interest, abandonment, or even backlash.”

To illustrate the power of emotion, consider the repercussions when a company aims to tap into one emotion and ends up provoking an entirely different response.

In late 2015, the luxury department store, Bloomingdale’s posted a catalog advertisement where a man is watching a laughing woman, with the words “Spike your best friend’s eggnog when they’re not looking.” One can only assume that Bloomingdale’s was trying to equate the advertisement with having a good time. But instead, the ad “was critiqued and thoroughly mocked around the Internet…” according to AdWeek, thanks to its predatory and “creepy” tone.

Shortly afterwards, Bloomingdale’s apologized for the advertisement, noting in retrospect that it was incredibly inappropriate. While this is not what most marketers would describe as “viral marketing” (since it appeared in a catalog), it does show how brands have to navigate a fine line between viral and traditional marketing — things can becoming blurred.

The Bloomingdale’s catalog ad may not have been intended to go viral, but it did because the ad told a story that incited an emotional response, leaving recipients outraged.

As the Internet becomes more ubiquitous, we can learn from traditional marketing lessons and create buzz in today’s new information age. 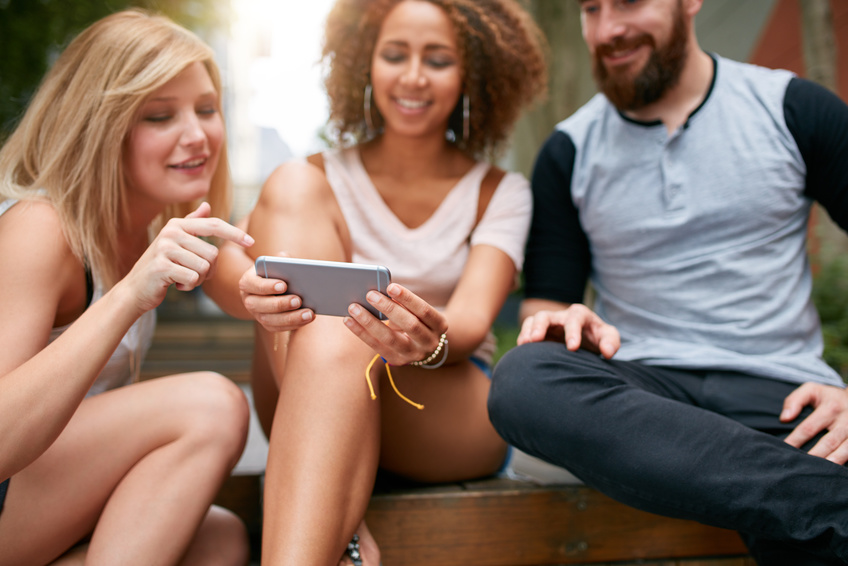