The 2016 Rio Summer Olympics did not disappoint (i.e. it was lit!), as we witnessed pure athletic greatness, human endurance, and of course, hilarious social media commentary.

The 2016 Rio Summer Olympics did not disappoint (i.e. it was lit!), as we witnessed pure athletic greatness, human endurance, and of course, hilarious social media commentary.

But, in addition to the entertainment value, there were profound lessons that we witnessed from some of the athletes, lessons that we can learn from and apply to our lives and businesses.

Here’s a look at 7 teachable moments from the Rio Olympics.

Lesson 1: Stay in your lane

It was no surprise that the guy who was so mesmerized that he was swimming next to the G.O.A.T. that is Michael Phelps didn’t even get a medal for the race.   There are too many lessons that we can take from this, but let’s go with the most blaring one of all: Compete with yourself and judge your personal best and you’ll accomplish more than you could have ever imagined.

Lesson 2: Use your platform for greater good

Simone Manuel (a.k.a. #blackgirlmagic) made history as the first black woman to ever win a gold medal in an individual swimming event. But get this—as she accepted her shiny gold medal, she took the opportunity to speak about the ongoing police brutality issues against black people currently happening in this country. Bravo Simone! This is the prime example of how to use your platform for the greater good.

Lesson 3: Work hard and have fun

Think about this. Right now, athletes are training for the 2020 Olympics. Think about that … let that sink in. That’s four years of preparation that, in terms of the 100 meter sprint (which for guys like Usain Bolt and Andre De Grasse), takes less than 10-seconds to run.   Four years of training. Less than 10 seconds to win.   You would literally set your brain on fire, if you worked this hard your whole life and not have any fun.

Lesson 4: You’re never too old to get in the game and win

Kerri Walsh Jennings, 38, was aiming for Olympic gold in Rio, but it didn’t happen. Yet it was her fifth Olympics competition which is a huge accomplishment. From now on, every single time somebody whispers to me that they are too old to switch careers, or start a business (and whatever other unmet goals met with ageist blame) I’m going to whisper back, “Kerry Walsh.”

For the love of PB&J, please stop ending your life at 28 or 30 years old. Get in the game until it’s really over, as in you are no longer alive. We live in an age, where we witness 90-year-old’s dancing, 70-year-old’s in body building competitions and 38-year-olds in Olympic competition shape.   Get over yourself—and your age—and get in the game.

Lesson 5: Leave the past behind you

Focus on today … the “now”!   When you live your life as Justin Gatlin, an American sprinter and former Olympic and world champion, four years is a very long time to wait to compete again for the gold medal.

If you follow Track & Field then you know he’s great, but he’s in a very tough spot. ESPN reported that, “In the evening’s biggest stunner, Gatlin, who has given Bolt more run for his money than anyone else over the past four years, finished third in his heat.”

Yet again, he had to compete against Usain Bolt, who hasn’t slowed down since 2008. And to add insult to injury his relay team seemed to have a perpetual misunderstanding of exactly how to properly pass the baton (which resulted in a spirit-deflating disqualification). What gives?

From what I witnessed, they spent too much time talking about their mistakes. Before the race, there was an entire 30-minute special on why they lost. Nothing much on why they will win this time. They gave their mistakes and past so much power and quite frankly, it costs them a medal.

We all make mistakes, but we need to learn the lessons, get better, move on and focus on the now. For Pete’s sake!

Lesson 6: Don’t change the same rules that led to your win

Shaunae Miller is the Bahamian sprinter who won a gold medal in the 400 metres event by diving into the finish line and beating out the anticipated winner, Alison Felix.

Here’s the kicker: #TeamUSA was thoroughly upset and felt disqualification was in order for such a move. However, #TeamUSA won a bronze medal at the 2008 Beijing Olympics using the same move, placing #TeamBahamas in 4th place.

The dive is legal and what goes around … comes around. The lesson here is simple: Rules don’t change for everybody else when you can’t use them.

American gymnast Simone Biles came on the scene, made history, won medals, has moves now called “the Simone” and overall came to Rio to slay. She remained focus on her focus and it showed.

Simone reminds us that when we’re feeling like we’re not living up to our potential, we can ask ourselves: “What would Simone do?” and get our life together.

What did you learn from the 2016 Rio Olympics?

Nicole K. Lundy, founder of Pretty and Profiting, is the gutsiest entrepreneur, copywriter and brand strategist on the block. She speaks to sold out crowds on how to build a stand-out brand that makes money, shares the cold hard truth on what it takes to build a money-making business on her blog, and works privately with entrepreneurs and lifestyle brands who are looking to grow their business by using profitable strategies to increase their revenue. She is also a paper cut survivor and has encountered three sharks up close and personal without getting a single bite. Connect with @nicoleklundy on Twitter. 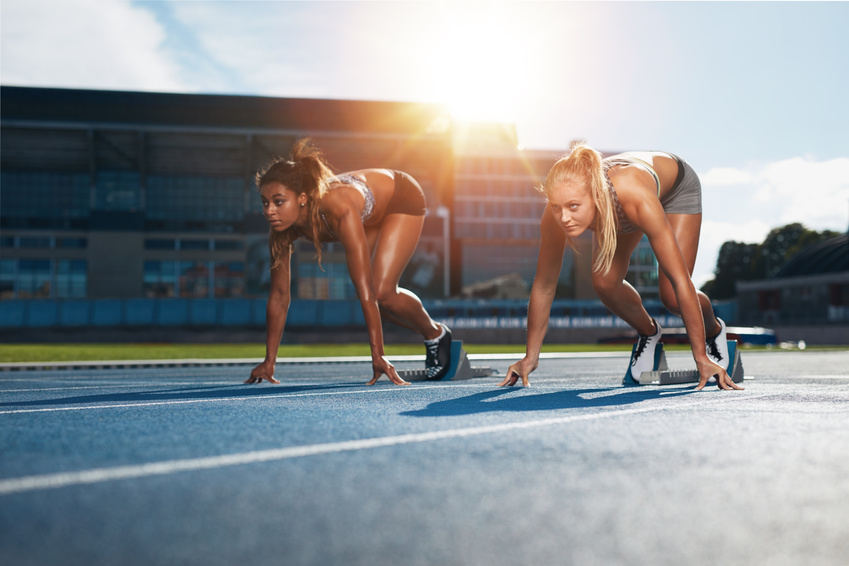