This Is How Disruptive ‘Unknown’ Products Go Mainstream

Have you ever wondered how new products move into mainstream success?

Have you ever wondered how new products move into mainstream success?

It is not as cut and dry as you’d imagine. Different customer segments have different needs which requires a multi-faceted marketing approach.

The world’s most successful brands understand this process.

Take Nike, for example, the world’s largest supplier and manufacturer of athletic shoes, apparel and other sports equipment. In nearly every closet across North America, their largest market, you can find a pair of running shoes, trainers and sneakers.

This wasn’t always the case. As far back as the 1800’s sneakers were considered expensive German-made leather shoes and closely resembled men’s dress shoes of the period. “The first running shoes could only be identified by the spikes on the bottom and the thick leather strap across the top for added support.”

The early adopters were elite distance runners who participated in the 1972 Olympics. Four out of top seven marathons runners wore the Blue Ribbon Sports shoes in the race.

A major contributor to Nike’s success was their ability to actively target niche customer segments. For example, in 1973 they launched the Nike Blazer that year in an attempt to grab a slice of the basketball market which was dominated by Converse at the time. Later in 1985 they released the Air Jordan 1’s to notable fame.

In 1978  tennis “bad boy” John McEnroe was signed by Nike to an endorsement contract. Today, Nike is a pioneer in understanding the needs of women’s fitness apparel; bridging function and style. They are known globally as a leading athletic shoes, apparel and other sports equipment brand.

Nike understood its customer base and how to attract early adopters to reach the mainstream market. They understood what is fundamentally known as the diffusion of innovation.

How new products are accepted by the market

In marketing, Everett M. Rogers’ Diffusion of Innovation theory is a widely-accepted theory regarding how a product moves through its life cycle and the five types of purchasers it encounters.

“Marketers are particularly interested in the diffusion process as it determines the success and failure of any new product introduced in the market. They usually look forward to procuring the largest amount of adoption within the shortest period of time. Thus, it is quite important for a marketer to understand the diffusion process so as to ensure proper management of the spread of the new product or service.” – Boundless

Diffusion is the process by which a new idea or new product is accepted by the market. The five stages of adoption for the diffusion of innovation include:

Through this process your product and/or service encounters five types of consumers. This bell curve defines customers according to their willingness to accept, use or adopt a new product.

According to Rogers, the categories of adopters include:

This lifecycle is beautifully explained by Geoffrey Moore’s book Crossing the Chasm: Marketing and Selling High-Tech Products to Mainstream Customers.

In Crossing the Chasm, Moore reveals how to bring cutting-edge products to progressively larger markets. His insights into the realities of high-tech marketing reveals the different expectations that various adopters have when they discover a new product.

According to the Moore, the most difficult chasm to cross is between early adopters and early majority, careful consumers who tend to avoid risk. Moore suggests, “it is critical that, when crossing the chasm, you focus exclusively on achieving a dominant position in one or two narrowly bounded market segments. If you do not commit fully to this goal, the odds are overwhelmingly against your ever arriving in the mainstream market.”

Simply put, reaching your ideal customers requires a huge leap with a niche approach. This is the framework that underpins reaching the mainstream customer that will sustain your business in the long run.

Dushyant Sethiya is a co-founder at Distribute11.com and CEO of Mandsaur Buildcon Pvt. Ltd.   He is a social activist involved with Malwa Keshari NGO to promote sports activities in rural India. He is the author of “Micro-finance: A Helping Hand.” He has earned a Bachelors of Engineering in Information Technology from RGPV University, India; a post graduate diploma in Entrepreneurship from Judge Business School, University Of Cambridge (England); and a masters in International Business from Leeds University Business School, University Of Leeds (England). Connect with @dushyantsethiya on Twitter. 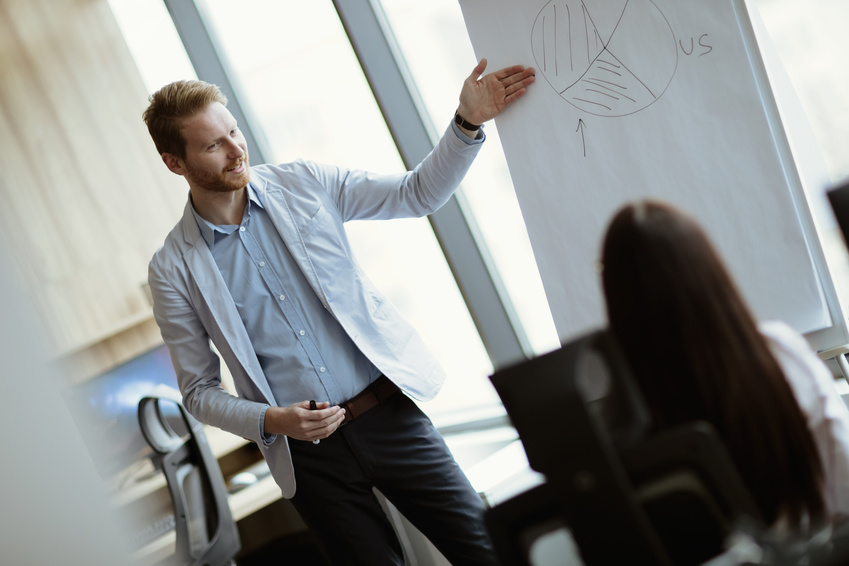