Female entrepreneurs are launching businesses at an astonishing rate. Here’s a look at five challenges we need to overcome in order to thrive.

Female entrepreneurs are launching businesses at an astonishing rate. Their influence spans economies across the world and right within their home towns.

The U.S. alone boasts more than 9 million enterprises owned by women, with nearly 8 million people employed and $1.5 trillion in sales.

Meanwhile, there is a rising demand for women speakers and the latest studies declare that companies with gender diverse boards perform better than those without diversity.

Nevertheless, female entrepreneurs still have much to overcome. For example,

Even today, women face gender bias and stereotypes. While the gender leadership gap is now becoming ever more relevant, as women we must still overcome certain challenges; especially when it comes to entrepreneurship.

Here’s a look at five key challenges women entrepreneurs must overcome if they want to thrive.

Many female entrepreneurs feel they need to portray a certain attitude in a male dominated business world. For example, men still greatly outnumber women among high achievers in engineering and the hard sciences according to research.

Meanwhile the personality traits of male high achievers are often coveted by women that seek similar success. In some ways, society expects women to conform to what a proficient leader looks; and that illustration is often male.

It can be a big challenge for women to exude confidence in the workplace. According to Forbes contributor Margie Warrell, for women to rise, we must close the confidence gap. Research confirms that “regardless of culture or country, men have higher self-esteem than women.”

“When launching our service, I was afraid to be firm and assert my ideas in face of male colleagues,” senior strategist of PlagiarismCheck, Nancy Christinovich confesses. “But what I’ve learned is that I should defend my project for it to flourish. So, no worries about misfitting anyone’s expectations today.”

Female or not, many entrepreneurs consider work-life balance to be a myth. Being the COO of a busy household and the CEO of a company can be a challenge. Trading in balance for prioritization is the new normal.

Traditional gender expectations still prevail here. Many women aim for the “have it all” trifecta: career, marriage and motherhood. It can be done, there are a growing number of mompreneurs that do it well. But it’s not without a lot of hard work, sacrifice and resolve.

Juggling the responsibilities of a business, wife and mom can be overwhelming. But it can be done.

Most career professionals agree that a powerful network can be significant in business, especially for female entrepreneurs. Felena Hanson at HeraHub agrees with the old adage, “it’s not what you know, it’s who you know.”

Yet many women admittedly hate networking. However, without a robust network, mentorship and partnership suffers. For example, 48% of female-led startups feel there is a lack of mentors who would support their endeavors. Undoubtedly, a lack of professional networking skills and active networks attributes to this statistic.

Men and women alike fear failure. However, there is a marked gender difference concerning fear. Women entrepreneurs in the U.S. have a greater fear of failure than men, according to Babson College and GEM research.

Business strategist Marie Lexa suggests, “This is often related to fear of visibility, due to a lack of confidence or the feeling of not being ‘expert’ enough. Others fear what others will think, rejection, failure, etc.”

To combat this fear, social psychologist Amy Cuddy explains how body language affects how others see us, but it may also change how we see ourselves. The fear of failure is a common and prevalent challenge amongst female entrepreneurs. Yet it can be overcome.

If you’re building a company that is ripe for VC funding, the battle for capital is rigorous. In 2014 “only 2.7 percent of venture capital-funded companies had a woman CEO.” There are a number of factors at play, one of them being that “there is a declining number of women decision-makers in the venture capital community.”

Meanwhile, “[a]nother survey by the National Foundation for Women Business Owners and Wells Fargo & Co. found that despite the fact that 38 percent of U.S. businesses are owned by women, just 2 percent of the money invested by venture capital firms goes to women-owned firms.”

Yet, despite the challenges that women in business face, nothing is impossible for a woman that is determined to rise.

Lesley J. Vos is a private tutor, blogger, and regular contributor to publications on business, career, and self-development. She is a bookworm, movie fan, and traveler. Connect with @LesleyVos on Twitter. 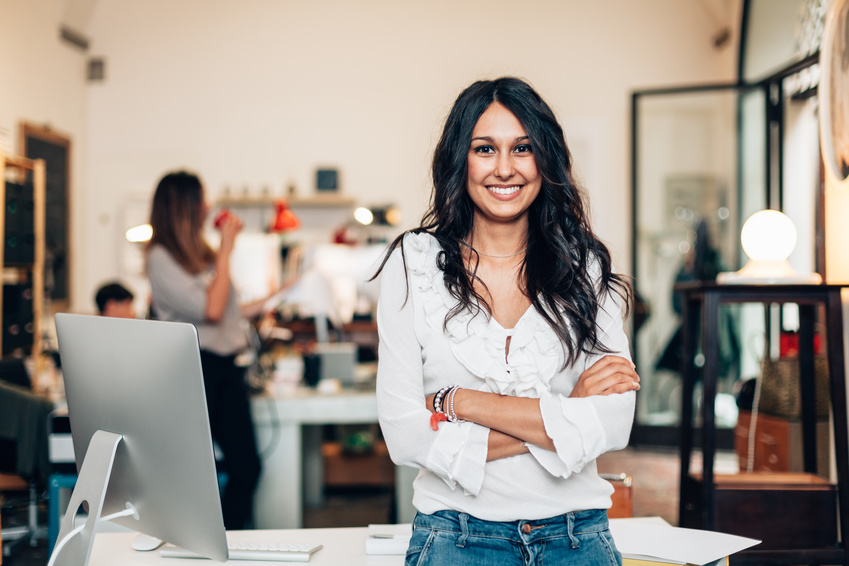