What No One Tells You About Parenthood And Entrepreneurship

I recently completed my first year as a parent and my fourth as an entrepreneur. The journey thus far has been more of a roller coaster than a...

I recently completed my first year as a parent and my fourth as an entrepreneur. To be honest, the journey thus far has been more of a roller coaster than a victory lap.

That being said, in both cases, these years have by far been the most exciting and infuriating, the most rewarding and (at times) soul-crushing, and the most fun and most painful of my life. As I reflect on what I have experienced and learned, here are a few lessons worth sharing.

Joy in the journey

It never turns out as you expect – and that is okay.

In fact, it’s often better. Parenthood and building a business are just like travel. The real joy and lessons come from the journey, not the destination. Also, the journey looks straightforward and easy on a two-dimensional map. But more often than not, the path has ravines, washed out bridges and cliffs along the way. How you face these obstacles will define your success and help define you.

For example, just as we started raising our first institutional money for Rented.com (then VacationFutures), the one engineer in the company quit. No two-weeks notice. He just said, “I’m done,” and then traveled to Africa for a few months.

This could have killed us.

We could have said, “It’s over. There’s no point in even trying to go on.” Instead, it proved to be a huge opportunity. The scenario allowed us to move development offshore, considerably cutting our burn and allowing us to develop even stronger metrics for our raise.

It also forced us into actively network to find a longer-term solution. This enabled us to meet the person who is now our CTO. Not only would we have considered him way beyond what we needed while we still had the one engineer on board, but he has also brought an incredible team with him.

We had no clue

The same goes with parenthood. My wife’s law firm has a daycare associated with it. It is near her work and is open long hours; on paper it is very convenient. We had our entire schedule lined up as soon as Talulla was born. Unfortunately, it was only after two trips to the ER in her first week at daycare that we started hearing horror stories from other parents.

Being first-time parents, we had no clue what to do. But we figured it out. A friend of a friend recommended his nanny who he no longer needed. The nanny and Talulla are now best friends, and there is no one I would more trust to leave her with for the day.

It is far better than anyone tells you.

From the moment my daughter was born, I couldn’t stop smiling. Anyone who would listen, and even those who tried to avoid doing so, had to hear me go on and on about how incredible fatherhood was. But those in the know kept telling me, “It only gets better.”

I listened but I never really believed them. “They just weren’t as involved in those early months,” I thought. “This time is so amazing, there is no way it gets better.” But it does.

So maybe it isn’t that no one was telling me, but rather that until I experienced it for myself, I couldn’t understand what they were saying. I remember a Sunday a few weeks ago that we spent at home. For hours we just played in the living room. Talulla would climb up the couch cushions and throw herself back, and just giggle and giggle. Being no stranger to Sunday Fundays with our friends, I said to my wife, “I’m not exaggerating when I say this is the most fun I’ve ever had on a Sunday.”

Now, if you had told the old me I would not only spend my day in that manner but also find it to be more fun than any other option, I wouldn’t have believed you. But in the moment personally, when it was my child, there truly was nothing better.

I had always heard the saying, “Do what you love and you will never have to work a day in your life.” People would claim to “love” their job. But surely they were just saying that, right? As I began my own career I always found myself dreading Sunday nights. I would have a hard time falling asleep because I was so anxious about my flight to the client the next morning and the week of work ahead of me that I would not enjoy.

With Rented.com, I still find it difficult to sleep many Sunday nights but for a very different reason. Now it is because of the excitement I feel – excitement about what is on the calendar for the week.

Excitement about working with the amazing team that we have. Excitement about having the opportunity to go build something incredible that has never been built before. Michael Goldin, one of my team members, always says how Monday is his favorite day of the week. Before I started Rented.com, I would have thought he was being facetious. Now I know better.

So yes, I suppose people did tell me or at least tried to. Maybe they are telling you as well. If you are anything like me, though, until you experience parenthood or being a founder for yourself, there is no way you can understand how amazing it really is.

Andrew McConnell is the Co-Founder and CEO of Rented.com. A version of this article originally appeared here and is reprinted with permission. Connect with @MAMcConnell on Twitter. 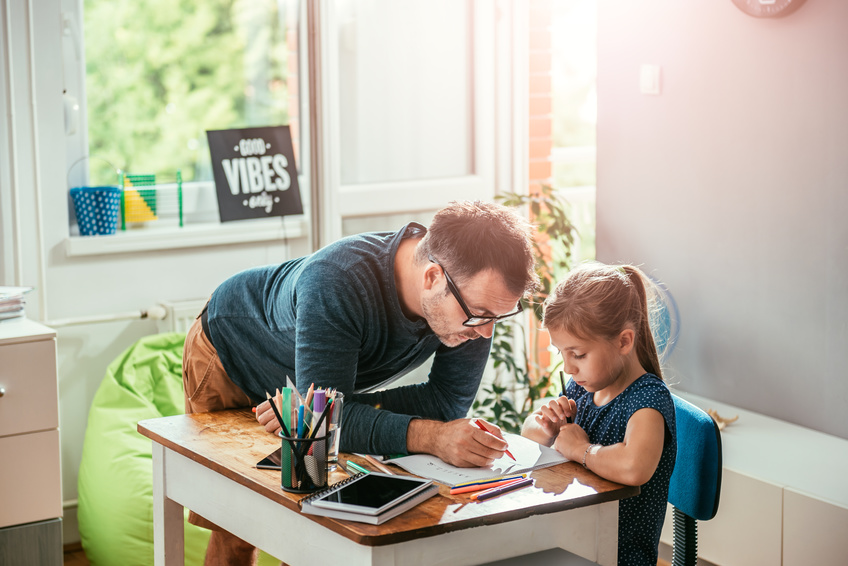