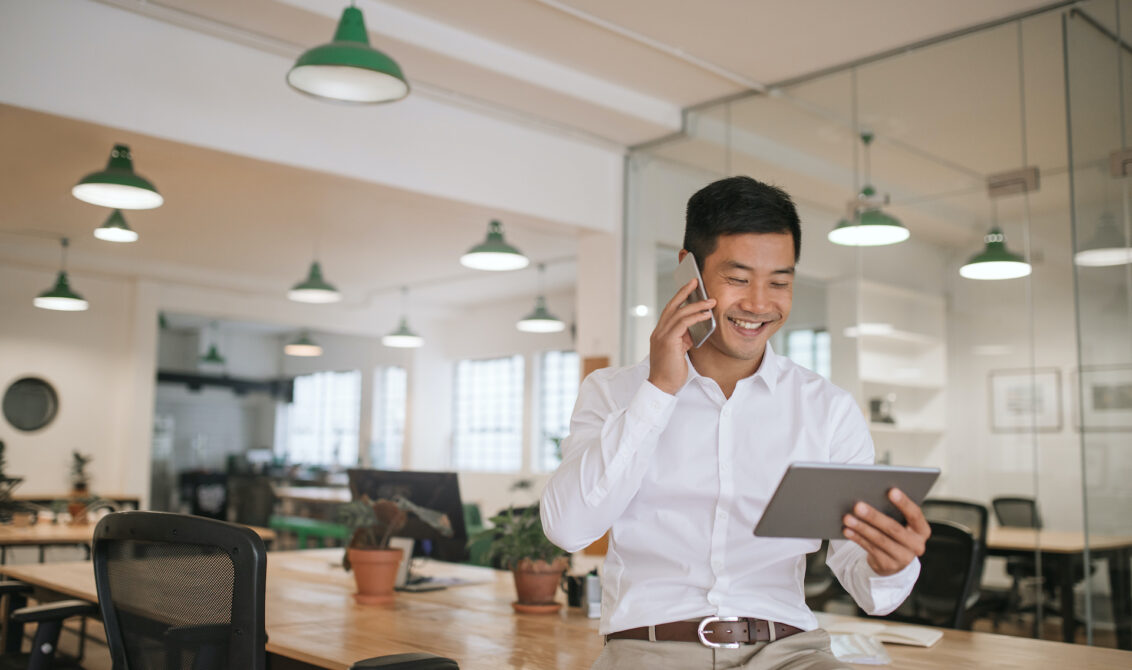 The Anonymous LLC: Pursuing Privacy in the Information Age

The digital age has diminished privacy. The Anonymous LLC is a readily-accessible tool available to protect it.

Today’s business landscape has become increasingly fluid, with more people than ever owning and operating professional enterprises—whether as their main occupation, a “side hustle” or both. In fact, one report reveals there are fully 582 million entrepreneurs in the world. This includes rental property owners; sellers on eBay, Etsy, Shopify, Amazon and the like; and independents taking advantage of today’s burgeoning gig economy that transcends limitations of yore.

Amid the escalating desire for the independence and control that comes with business ownership, for many there is a downside: compromised privacy. No matter the size of the company or number of employees—even solopreneurship—there are a multitude of situations and reasons one might prefer to keep their business ownership private.

Doing so is nothing new and can be hugely beneficial. As one infamous example, in the early 1960’s the Walt Disney Company formed various corporations under different names to purchase large parcels of swamp land in Central Florida—land that Walt Disney World sits upon today. The plan for the land to be purchased by various “shell companies” was highly successful. The Walt Disney Company was able to fend off a burst of land speculation that surely would have halted the project before it could get started, had word got out that Disney was expanding to Florida.

Of course, small business owners don’t need the clout and funds of Walt Disney to achieve various level of privacy and anonymity with their own business endeavors.  In fact, the concept is called “Anonymous LLC,” which is becoming increasingly popular amongst business owners.

The growing momentum to shield one’s business ownership is due, in large part, to the Internet having reached critical mass … now a ubiquitous and readily tapped resource.

Privacy is no longer as simple as maintaining an unlisted number in the phone book. With the advent of the Internet, anyone in the world can access information about veritably anyone, at any time. Details that, in decades past, would have taken the expertise of a private investigator.

While the increasing popularity of business ownership anonymity is an understandable, and even natural, response to today’s challenges in an effort to establish and maintain privacy, it has not been without controversy. Some feel the practice of anonymous incorporation is abused or is simply an attempt to cover up illegal practices.

To address this misconception and explore the benefits of anonymous enterprises, I spoke with Law 4 Small Business (L4SB)—a business law firm with multiple offices throughout the United States—to gain additional insight and clarity on the matter.

At the forefront in helping business owners achieve venture anonymity is L4SB Principal Attorney, Founder and Partner Larry Donahue, who has been a pioneer and preeminent advocate for the “Anonymous LLC” for nearly two decades.

In fact, not only is Donahue credited for giving the “Anonymous LLC” its name, he is reportedly the first to provide this service to the public. So, it’s no surprise that, while his firm offers a breadth of business law services, Donahue cites Anonymous LLCs as his firm’s most requested service.

Notably, L4SB is one of the few law firms that has tackled the virtual legal landscape and made it possible for anyone in the world to readily secure an Anonymous LLC online. Donahue champions the role an Anonymous LLC plays in protecting legitimate business owners in the digital era.

Merilee Kern: First, to cover the most fundamental question, can you elaborate on what an Anonymous LLC is and the process to set it up?

Larry Donahue: Simply put, an Anonymous LLC is defined as a limited liability company whose owners are not publicly identifiable by the state. It avoids public disclosure of ownership information of the LLC (i.e. Members) in the state in which the LLC is registered. This is accomplished by registering a normal, regular LLC carefully and lawfully in the states that permit anonymity. And/or it can also be accomplished by creating what’s called a “parent/child” arrangement. In this scenario, the “parent” company is an Anonymous LLC that acts as a Holding Company, which then owns a lawful Operating Company (“child”) in any state where it conducts business.

To be clear, there is legally no such thing as an “Anonymous LLC.” Were you to walk into a bank and tell them you have an Anonymous LLC, they will probably look at you like you’re crazy.  An “Anonymous LLC” is actually a regular LLC, but one that’s registered by our firm in a specialized way that prevents public disclosure of ownership information.

Our law firm acts as the organizer and registered agent for the Anonymous LLC in select states and utilizes its status as a law firm to convey attorney-client privilege and confidentiality. Thus, an Anonymous LLC helps preserve the privacy of business owners by not permitting the ownership information to be associated with the LLC filing.

When our firm files an Anonymous LLC for clients in a state where such anonymity is possible, their personal information remains undisclosed and unpublished to the public. Because of this, Anonymous LLCs protect privacy, preserve confidentiality and even prevent harassment.

Merilee Kern: Are Anonymous LLC’s available everywhere in the U.S.?

Larry Donahue: There are a number of states that permit Anonymous LLC’s, but the most popular are Delaware, New Mexico and Wyoming. There are advantages and disadvantages with all three, but New Mexico is considered very private. That being said, for our firm’s part, L4SB utilizes all states as appropriate for each client, depending on where and how they are conducting business. New Mexico Anonymous LLCs proffer the strongest privacy.

Merilee Kern: I understand your firm is experiencing exponential growth for its Anonymous LLC option. Who exactly is buying them?

Larry Donahue: Everybody. Seriously. Our own firm has experienced year-over-year sales for Anonymous LLC’s, which are growing by triple digits. The types of owners are diverse and include everything from businesses you see when you drive down the street to those who own rental properties and would prefer their tenants utilize their property manager and not contact them personally. Others include those who sell goods online through e-commerce platforms and do not want their names and home addresses published with their seller information. Some of our clients (or their families) were previously threatened, harassed or stalked since their business ownership information was publicly accessible.

Yet other of our clients are abuse victims and want to own a company without disclosing their locations to their former abusers. A portion of our clients are of a higher profile, including celebrities, politicians, Fortune 500 executives and professional athletes who simply do not want to not have every business investment they make publicized.

I can tell you that all our clients place a lot of value in being able to avoid the massive amounts of robocalls and junk mail that commence once a company is publicly formed. Also, let me not forget “Asset Protection 101.” Many of our clients are sent to us by their CPA’s, Estate Attorneys or Financial Planners since the main reason that LLC’s exist is to legally separate personal and business assets.

Merilee Kern: So, to be crystal clear, would you say it’s a misconception that anonymous business ownership is reserved for those wanting to do something illegal?

Larry Donahue: (Laughs) Yes, that’s a complete falsehood. The urban legend or myth is that Anonymous LLCs are a way for people to evade taxes, for so-called Slum Lords to avoid accountability, or for “Dead Beat Dads” to flee their child support obligations. The list of presumptions goes on and I’m certainly aware of these criticisms. I suppose any procedure or law can be twisted or perverted to try to facilitate an unsavory outcome. At the end of the day, criminals will find a way to commit crime. Remember Enron? That was a very public company. And I should underscore that Anonymous LLCs are not actually anonymous to financial institutions and the IRS.

Moreover, any licensed and upstanding attorney like myself would not facilitate unethical or criminal activity, which could result in disbarment and possibly jail time. These are two scenarios any legitimate and honorable attorney would want to avoid at all costs. I cannot speak for those who are unethical, or even non-lawyers out there who are claiming to sell the same service.

Their objective need not be mal-intent when it comes to an Anonymous LLCs, but rather a feasible tool for legitimate businesses who seek privacy for justifiable reasons through legally-available means. I, myself, have been a business attorney for over 25 years and can tell you that lawyers are not who criminals call up ahead of time to consult with on the best way to break the law.

Merilee Kern: You mentioned that the facilitating law firm does play a role in the business owner’s enterprise. Can you expand on that?

Larry Donahue: With respect to how we approach Anonymous LLCs, the structure is set up to place our law firm as the Registered Agent. This means communications to the companies we have formed flow through the law firm and we, in turn, forward those communications to our clients. It is the modern-day version of a business owner handing out their attorney’s card to anyone who has a question about the business. If the concern is legitimate, it will be dealt with timely and professionally.  If the interest is simply to pry, solicit or harass, there is nothing there to see, so to speak. Those who have no legitimate need to inquire or poke around in the first place tend to move along, leaving our client and their business undisturbed.

Merilee Kern: So, why now? If the concept of Registered Agents and “shell companies” have been around for decades, what is all of the recent attention about?

Larry Donahue: The foremost driver of the Anonymous LLC has really just been current circumstances. Modern technology makes it too easy for business and personal information to be searched and obtained. The toxic political, societal and other cultural environments also spur folks to seek out their adversaries and “make it personal”—all exacerbated by social media. I do not feel like anyone welcomes the idea of having a public listing of their assets, investments, personal information, phone numbers, photos, addresses, family members and more on display for the entire world to see. Think about it; All this information, if not insulated in some way, is only a few mouse clicks away on, perhaps, all of us.

I unequivocally agree that businesses should be registered with the state and everyone should pay their taxes, but I disagree with the notion that the average citizen forgoes their right to privacy when they decide to form a business entity or invest their assets. I view the Anonymous LLC as a critical instrument helping owners conduct business without placing themselves or their families at risk of harm or harassment.

One would be hard pressed to argue that the rapid sharing of ideas and information has diminished privacy on some level, if not profoundly. On the upside, the Anonymous LLC exists as one of the few legal, viable and readily-accessible tools available to protect it.