Ashton Kutcher | Source: Two and a Half Men

What Entrepreneurs Can Learn from Ashton Kutcher’s Twitter Mistake

Surely you’ve heard, read or even tweeted the latest social media fail personified by Ashton Kutcher’s recent Twitter mistake. The backlash was larger-than-life. But should we be quick to judge his ill-fated and promptly retracted tweet?

Admittedly, I was unaware that Penn State football coach Joe Paterno was recently fired. That is, until I read Ashton’s tweet that was heard around the world – quickly coming to Paterno’s defense without being cognizant of the full story.

At one point or another we’ve all had a reactionary social media moment that may have lacked proper research. But, with a social brand and any number of followers – from 100 to Kutcher’s eight million — comes responsibility.

The uproar surrounding his epic fail on twitter does bring up some relevant questions that every entrepreneur and public figure should digest and think about before they tweet:

1. Can you be trusted with your own Twitter feed?

What is your main objective for social media? Many entrepreneurs utilize social media as a personal and corporate branding tool. If so, can you be trusted with your Twitter feed? If your answer is, “Of course I can,” realize that may be debatable. If you’ve spent any amount of time on Twitter for business or pleasure — then you know what I’m referring to.

Not everyone should tweet. Frankly, some would be better suited to keep their tweets off the record and to themselves. And if you find yourself tweeting before thinking often… then you may want to send your representative.

But don’t worry. You can set your business up for social media success, bring in the big guns and preclude mistakes that would otherwise have your PR team burning the midnight oil — on watch for damage control.

After realizing the err – Kutcher apologized and formally announced the delegation of his social media rants and prowess to a company that will likely keep a closer eye on what is tweet worthy.

Was this a wise move? Yes.

It is perfectly okay to outsource social media management for your business blog, Twitter, Facebook, bookmarking and so on. But, before you do think about your social media goals and what type of social media user you are.

There are 6 different types of online social media users: Creators, Critics, Collectors, Joiners, Spectators and Inactives (Forrester Research). If you’re creating original content or curating and collecting then it’s a viable option. On the other hand, if people follow you for your opinions (i.e. The Critic) then you may want to think about what aspects should be delegated and your level of involvement in each area.

Many of us, myself included, don’t have the time to marathon tweet and share. Subsequently, delegation is essential. But if you do, take the time to review your content schedule, add your unique voice and then have your team schedule it using web-based tools.

3. Do you associate authenticity with first-hand social communication?

Does a tweet mean more to you if it’s coming directly from the source or their social media firm? Probably so.

If you’re a public figure and your company has developed a loyal fan base, then people are following you for a distinct reason. In the case of most social media celebs – followers want the inside, authentic and unscripted scoop. But now most @APLUSK followers realize that in the future, rants will be brought to you by — Ashton or his ghost tweeter.

Consequently, even if you delegate the play-by-play to a third party ‘ghost tweeter’ it’s not necessary to announce this fact. Like PR, social media is all about the relationship. If you have a ghost writer, tweeter and so on — don’t diminish the perceived benefit by announcing it to the world. Leave something to the imagination.

4. How should you handle epic fails in social media?

If by chance you do make a mistake, and shoot from the hip without the facts — take responsibility and apologize for the offense. To Ashton’s credit, he did this well.

It’s also wise to think about what, if any, social media crisis management plans you have in place for your business.

While, it is important to have a unique opinion, think before you tweet and ask yourself why people are following you. Do your best to deliver on your core offering and don’t deviate.

We’re all too familiar with a news feed that commits the most horrendous social media faux pas on the hour … every hour. And if you find that your audience is graciously leaving your Twitter party early, you should fine tune your approach.

Overall, did Ashton’s epic fail on Twitter end the world and his career? No, not even close. But it presents a great example and lesson for entrepreneurs on how to preclude blockbuster mistakes in social media.

As a result, the next time you decide to take a “wild, wild west” approach to social media – please do all of us a favor and think before you tweet. Your followers and public relations team will love you for it.

Also, if you’re ready to learn more about your social media user type – take a look at this cool presentation. 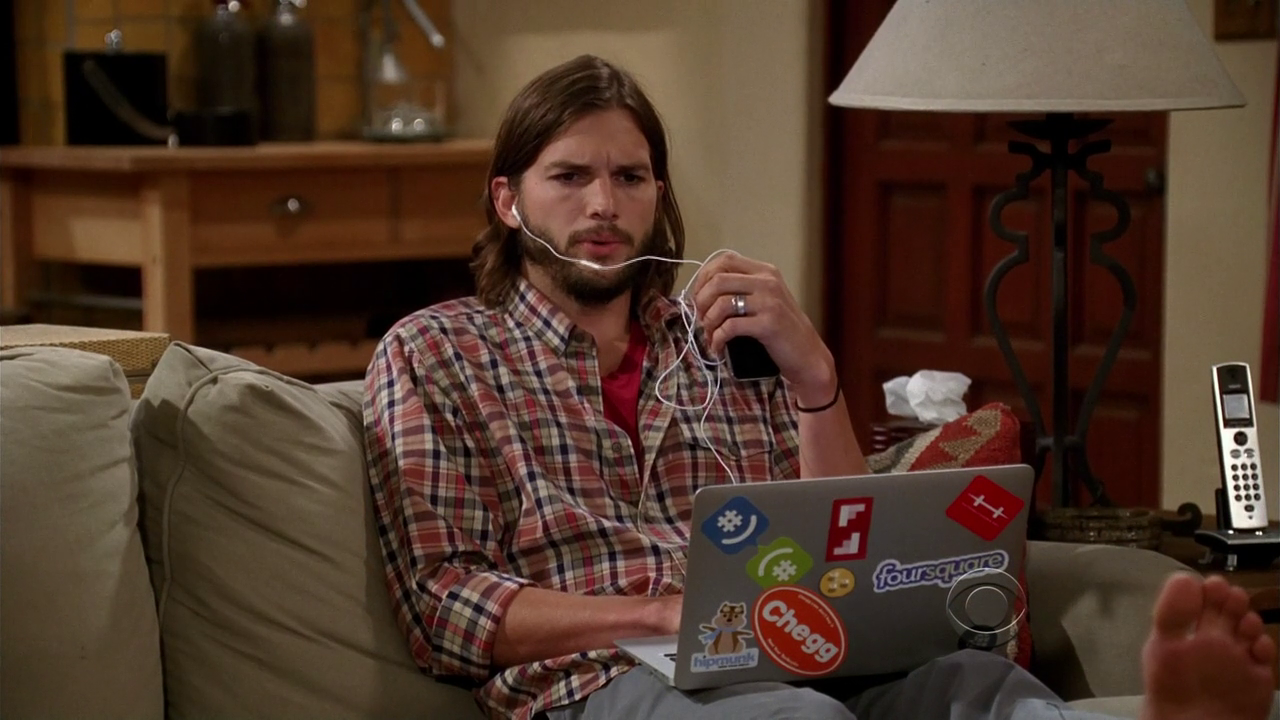