Learn how to undertake a successful personal and professional brand comeback.

It has been said, “The higher they rise, the harder they fall.” But perhaps amidst scandal, allegations, revelations and disgrace they forgot to mention one important thing: The world loves nothing more than a comeback.

Most well-known brands will find themselves in hot water at some juncture. Whether it is a self-inflicted brand crisis or an event that was truly out of their control – bad things happen to good (and bad) brands.

Lance Armstrong is no exception.

Yet, will he turn his brand crisis into a post-scandal comeback? Time will tell. But in the meantime, there are several lessons that every entrepreneur can learn from Armstrong’s ordeal when faced with an epic brand fail.

The former professional cyclist admitted — in part one of a two part interview with Oprah Winfrey, which aired on January 17, 2013 — to using performance enhancing drugs throughout much of his career, including all seven Tour de France wins. In fact, Armstrong stated that “his “mythic, perfect story” was “one big lie.”

“The Greeks had a word for it: hubris. It means the arrogance that leads to ruin. Thinking they are above the law or immune from any consequences, [people] sometimes take actions that prove to be self-destructive.”

Undoubtedly, the ramifications of Armstrong’s actions are far-reaching: First, the US Anti Doping Agency found Armstrong guilty of operating “the most sophisticated, professionalized and successful doping program” in cycling history. Following the USADA announcements that it had “overwhelming evidence” of his rampant steroid use, Armstrong was dropped by every single major sponsor including Nike, Annheuser-Busch, Radio Shack, Oakley and Trek Bicycle Corp.

He was also stripped of all seven of his Tour de France victories, forcing him to pay back prize money and bonuses earned. Largely, Lance Armstrong’s bank account, professional reputation and philanthropic endeavors have taken a crippling blow.

The prodigy, formerly undisputed cycling champion and role model, is now a walking nightmare of a scandal and a late-night TV punchline.

But perhaps in the midst of a narrative of personal and professional disgrace—for some–there is room for one more depiction … the comeback kid. Lance Armstrong’s brand crisis reveals forward-thinking lessons that entrepreneurs and high-profile leaders can benefit from — and preclude years spent years working their way to the top only to flame out so recklessly once they’ve reached it.

“After a scandal, there are three audiences: People who still like you, people who never will, and people who are open to changing their minds about you. He should nurture the first group, ignore the second, and focus on the third,” according to Brad Phillips President of Phillips Media Relations, in a Politico post.

Committing to transparency and the reinstallation of trust amongst your core group of brand champions has the potential to incite positive, long-term changes in public perception and outlook. 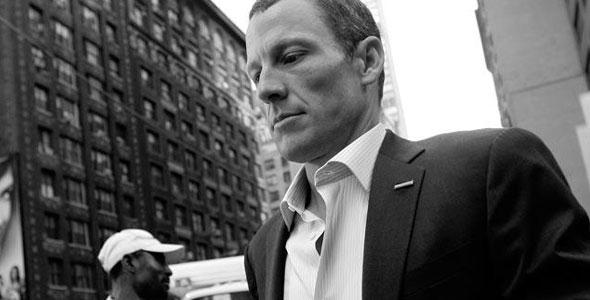