From Employee To Leader: What You Need To Know To Succeed

The night before my first day in my very first leadership position, my stomach was in knots. I tried to convince myself that the knots were because of something I ate, but in reality, I was so nervous that I was on the verge of being sick.

I was 30 years old and stepping up to a new level of professional responsibility. Frankly, I didn’t know whether I could do it.

I had sold my qualifications in all of my interviews, but I hadn’t quite sold myself. Transitioning from being an employee to becoming a leader was a huge step in my career, and I was determined to be successful.

My situation certainly wasn’t unique. I know that all first-time leaders face different fears, such as feeling like an impostor, being uncertain about the ins and outs of the job, or simply feeling too inexperienced to take on a bigger leadership role. But how many of us can honestly say we were prepared for the next big challenge of our careers? (Hint: Not many.)

However, I learned quickly not to let a lack of confidence or the fear of failure hold me back. And chances are that if you’re taking on a new leadership position, or even starting your own business, you weren’t thrown into it haphazardly.

Up For The Challenge

In retrospect, I know my boss thoroughly vetted candidates before choosing me for my position. He believed I was up for the challenge, and he was right. After a successful three-year stint, I took the ultimate leap and started my own company, which I’ve been leading for many years.

It’s in those moments of discomfort and uncertainty that we experience the most growth. Click to Tweet

Although big career moves tend to be pretty uncomfortable, it’s in those moments of discomfort and uncertainty that we experience the most growth. If you are — or want to be — a first-time leader who’s facing challenges or hesitations, check out these five things I’ve learned that will enable you to overcome them:

After my experience of feeling ill-equipped and unprepared as a first-time leader, I found it easier to take on the challenge of entrepreneurship and was determined to make sure the future leaders within my company felt a little more confident when they had an opportunity to step up.

We developed a signature leadership training program called “Full Throttle,” which helps prepare rising stars for that moment when the opportunity arises for them to lead.

If you are a first-time leader or have aspirations to step into such a role, enroll in a leadership program if one is available. If a program isn’t available, read articles and books about leadership, and learn from the strong leaders you know.

Elise Mitchell is the CEO of Mitchell Communications Group. She is an accomplished strategic communications professional and business leader whose entrepreneurial spirit helped build Mitchell into one of the top 10 fastest-growing firms globally and a two-time Agency of the Year winner, honored by PRWeek and The Holmes Report. In recognition of her accomplishments, Elise has received numerous awards, including being named PRWeek Agency Public Relations Professional of the Year and a Top 50 Power Player in PR. Connect with @elisemitch on Twitter. 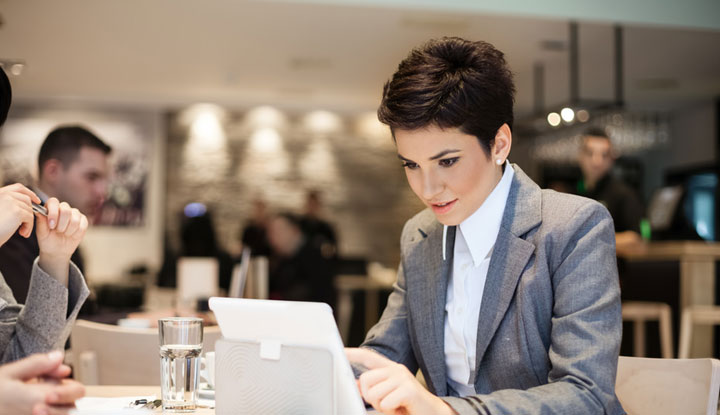