It’s Good To Be King: Lessons On Marketing And Solopreneurship

I probably shouldn’t admit this, but it’s a fact: My personal brand popularity peaked in mid-1983. While I like to think of myself as an optimist, I doubt...

I probably shouldn’t admit this, but it’s a fact: My personal brand popularity peaked in mid-1983. While I like to think of myself as an optimist, I doubt it will ever reach such heights again.

Was it because I owned several Culture Club albums? No, but I did.

Was it because I had a full head of beautiful hair? Well, that certainly didn’t hurt, but no, that’s not the reason either.

It’s because I was a bank teller.

Yes, you heard correctly. I was incredibly popular in 1983 because I worked as a bank teller at the Brookline Savings Bank, in Brookline, Massachusetts.

How is that possible?

It didn’t matter who you were – student, old lady, cop, high flying executive, local business owner, even rock stars – they all came into the bank, frequently, to see me.

As a result, I could barely walk down the street without all kinds of different people waving and saying “Hello!”

If I went into the dry cleaner and there was a line, they handed me my clothes and said, “Just pay us next time.” If I sat down in the diner, they gave me free coffee. When I strolled down to the corner bar, they knew me by name and never asked for ID.

But here’s the thing. My popularity was narrowly focused in a very tight geographic area: maybe a quarter mile radius out from the bank itself. Within that quarter mile circle, I was a king.

But if I went just a little bit farther – down to Kenmore Square, up to Coolidge Corner, or anywhere just beyond the immediate neighborhood and the people I knew well and saw every day, I became just another exceedingly good-looking man on the street.

I don’t think you’ll be surprised to learn that this experience – a king in one place; a nobody everywhere else – has influenced my approach to marketing ever since: I focus on the people I know.

You see, just like you, I know – and by “know,” I mean really know, with no introduction necessary – about 500 people on Earth.

The difference between you and me, however, (particularly as it applies to the marketing of your solo professional business) is that I keep in touch with my 500 people. And you don’t.

You (and I mean no disrespect since you are likely a nice person) are instead busily worrying about your Google ranking, Twitter followers, or any number of other things which ignore the “neighborhood” in which you, too, are king or queen.

To me, the logic is simple.

Among my magic 500 – just as it was with those bank customers in 1983 – I’m far from anonymous. I’m trusted, I’m recognized, I’m familiar. I’m someone to whom you can confidently say, “Just pay us next time,” and know that there’s no risk.

That’s huge. Because while the vast majority of these people won’t hire or refer others to me today, by staying in touch with them regularly and systematically, lots of them do and eventually will.

You’ve got your own 500; you’re just not paying enough attention to them.

Not That You Asked …

Here’s the bottom line. Every day I read books, articles and blog posts offering advice to solo professionals. They talk about “rising to the top on Google,” “getting millions of people to spread your ideas,” and “becoming a blogging superstar.”

Not that you asked, but I think it’s garbage.

First, because there’s just not enough room for more than a few people at the top, whatever your industry.

Second, because it’s the harder path. The likelihood of your getting and keeping the attention of thousands of strangers on the Internet is about the same as my being widely recognized in the greater Boston area in 1983.

It may have happened once in a while; but it happened every minute of every day outside that bank branch office.

So, here’s my suggestion.

Forget about trying to become broadly famous. It’s a winning lottery ticket that, chances are, you’re not holding.

Instead, focus your time and attention on the much more productive, much more predictable, much more enjoyable goal of being visible, valued and liked by the very targeted group of people on Earth who already know you.

And yes, you can take that to the bank.

Since launching Blue Penguin in 2000, Michael Katz has been quoted in The Wall Street Journal, The New York Times, Business Week Online, Bloomberg TV, Forbes.com, The Boston Globe, and other national and local media. He is the author of three books, and has published over 350 issues of “The Likeable Expert Gazette,” a twice-monthly email newsletter with 6,500 passionate subscribers in over 40 countries around the world. Michael has an MBA from Boston University and a BA in Psychology from McGill University in Montreal. He also has a second degree black belt in karate (Kempo), a first degree black belt in parenting (three children), and is a past winner of the New England Press Association award for “Best Humor Columnist.” Connect with @MichaelJKatz on Twitter. 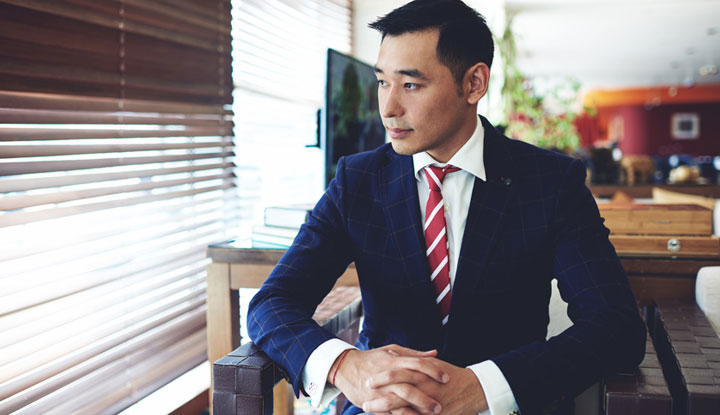