Here's a look at 10 women-led startups on the rise - impressive founders that are blazing trails to make women entrepreneurs no longer the exception but the rule.

Forbes contributor Geri Stengal has said, “What’s good for women is good for the economy.” And startups are no exception. The Kauffman Foundation asserts, “Today, women remain underrepresented among the ranks of entrepreneurs. In fact, they are half as likely as men to start a business.” However, women are rising through the ranks of entrepreneurship at a rapid pace.

Here’s a look at 10 women-led startups on the rise — impressive female founders that are blazing trails to make women entrepreneurs no longer the exception but the rule.

Founded in September of 2014 by Liz Wessel and J.J. Fliegelman, WayUp connects college students with part-time, summer, and entry-level job and internship opportunities. Formerly known as Campus Job, WayUp functions as a marketplace for college students looking for internships and jobs.

According to company reports half a million students and recent grads use the platform and they are signing up 10,000 new users per week. Wessel and Fliegelman have also managed to raise $7.8 million for the company after graduating from the prestigious startup accelerator Y Combinator.  Twitter: @lizwessel

Revel Systems is an iPad-based point of sale system founded by Lisa Falzone (CEO) and Christopher Ciabarra (CTO)  in 2010. The Apple iOS based Point of Sale system has sold over 10,000 units, raised $110 million and is valuated at a cool $400 million.

In partnership with Apple Computers and Intuit, Revel Systems has become a serious player in the point of sale market. A graduate of Stanford University where she was a competitive swimmer, Lisa has led her Silicon Valley startup since its creation and has been pivotal in turning the often “old school” perception of point of sale on its head. Twitter: @LisaFalzone

Founded by Jessica Mah, co-founder and CEO, and Andy Su, inDinero provides accounting services and software for businesses. After a few bumps in the road, inDinero is doing very well and the Y Combinator-incubated company has raised an estimated $10 million from investors. The selling point? inDinero is a one-stop-shop back-office solution. They service businesses as small as two employees with no revenue all the way up to businesses with 100 employees and 8-figure revenues. Twitter: @jessicamah

Traveling Spoon co-founders Aashi Vel and Stephanie Lawrence met at business school in 2011. Through their independent travels, they believe in the power of travel to make the world a smaller, better place, and wanted to help travelers experience authentic, meaningful, and delicious travel experiences around the world. Their food tourism startup is all about eating like a local, wherever in the world you go.

Traveling Spoon connect foodies with local hosts around the world (in 38 cities across 15 countries, across south and southeastern Asia as well as Japan) to eat food as it’s prepared locally. They started working on Traveling Spoon in their MBA classes, launched the company after graduating in 2013, and haven’t looked back since. Twitter: @travelingspoon

When Tiffany Pham first moved to the U.S. she didn’t know a word of English. A Yale and Harvard Business School graduate, today Pham is the founder and CEO of Mogul, an award-winning technology platform that enables women worldwide to share ideas, solicit advice, and access content based on their personal interests.

A hub for women around the world, Mogul reportedly reaches 18.6MM women per week from 196 countries and 30,470 cities. In 2013, Pham co-authored the book From Business Strategy to Information Technology Roadmap, published by CRC Press. This experience inspired Pham to teach herself how to code Ruby on Rails, and subsequently led her to code the first iteration of the Mogul platform in 2014. Twitter: @tifftpham

Brit Morin, a former Googler turned founder of Brit + Co, has been called the Martha Steward of Silicon Valley, as she combines her understanding of tech with her ability to craft and build. The new media and commerce company aims to inspire and enable women to be more creative. The tech darling has raised an estimated $27 million to-date for the DIY online platform aimed at girls and women. Twitter: @brit

Kellee Khalil founded Loverly in 2012 while working in the bridal industry and helping her sister plan her wedding two years earlier. She experienced first-hand the difficulty of making bridal bliss a reality which led her to take what she learned to brides everywhere.

The wedding inspiration and e-commerce engine allows brides, grooms, and enthusiasts to discover wedding ideas, receive tips, purchase wedding products, evaluate who to hire for their weddings, and share their findings. In 2015 Loverly expanded into e-commerce. According to reports, Loverly has experienced 400% year-over-year reach. The startup has raised an estimated $6 million to-date. Kellee is also the author of the Loverly Wedding Planner. Twitter: @kellee

Jessica Beck and Marcela Sapone built Alfred to find time to do the things they love. With Alfred, they aim to fundamentally change the way people help each other and get things done. Alfred, coined the home operating system, pairs busy individuals with organized, knowledgeable, intuitive people who handle all of life’s necessities: from groceries and dry cleaning, to tailoring and sending packages.

Alfred is an automatic, hands-off service that hums along quietly in the background of your life. Time management can be a tough skill to master for anyone. With Alfred users pay a flat rate for their very own personal butler who can handle any and everything, as long as it’s legal. Marcela and Jessica founded the service in 2013 and have raised $12.5 million to-date.  Twitter: @HelloAlfred

Named after the body’s 23 chromosomes, 23andMe brings genetics to the masses alongside FDA approved reports. Founded in 2006 by Linda Avey, Paul Cusenza, and Anne Wojcicki, the personal genomics and biotechnology company provides a home-based saliva collection kit – all you need to send your DNA to the lab and find out if you have any deviant genes that might lead to particular illnesses.

The company suffered a setback when the FDA told it to stop presenting health data in 2013, but today, two years later, they will resume providing a limited scope of health information to customers. To-date 23andMe has raised $111.9 million and operates in the U.S., UK and Canada. Twitter: @23andMe

Amanda Bradford is the founder and CEO of The League, an app hailed as frictionless as Tinder, but with the privacy controls, context and class that users want in a dating app. Founded in 2014, Amanda built The League to bring more context and qualified matches to the online dating scene.

The company aims to differentiate itself by helping carefully vetted users date more intelligently. Exclusivity works for swanky members-only clubs, and it may for dating as well. The League raised $2.1 million in early 2015 so investors may agree. Twitter: @amandabradford

Nicole Boyer is a graphic/web designer, blogger and contributing freelance writer. She is a feminist, self-learner and devoted traveller. Read more from Nicole at the Trust Essays’ professional blog. Connect with @nicoleboyernr on Twitter. 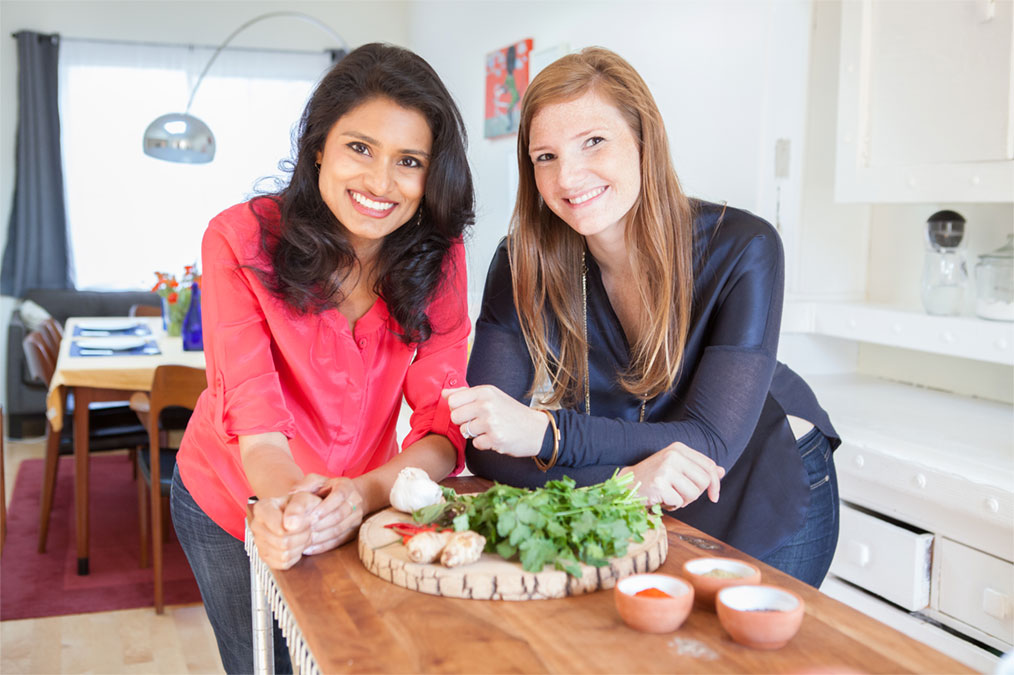