What are some iOS app development best practices that entrepreneurs (and their dev teams) should not ignore? Here's a look at six fundamental tips.

Did you know there are approximately 2 million apps in Apple’s App Store? Moreover, the App Store is projected to host 5 million apps by 2020.

Apple iOS apps are well-known for their exceptional user interface (UI) and security features. This along with increased smartphone adoption has contributed to the widespread and continued growth of iOS app development. But before entrepreneurs (and their dev team) develop an iOS app it’s important to consider the fundamentals.

Who would most likely use the app? An e-commerce app will obviously target a specific demographic of online shoppers while a gaming app will attract gaming enthusiasts. It’s important to understand who you’re developing an app for from day one.

App market data and insights tools like App Annie can be used to conduct a study of competitive apps and gain valuable competitive and market insights across app downloads, revenue, usage, engagement, and advertising metrics. When you know user demographic and geographic nuances you can better enhance and personalize features within the app.

Some appreneurs choose to create an in-house app development team or outsource it to a competent development center. Either way, your app dev team should be able to develop the app in constituent and effective process phases (e.g., pre-production, production, and post-production). Needless to say, it is better to choose cross-platform development than going native (an app that meets the requirements of a particular operating system) which will result in much wider reach for your app.

3. Use the most competent tech platforms

For an app to gain wide acceptance the user interface (UI) and user experience (UX) should be exceptional. A poorly designed UI and UX can even prevent App Store approval. So make sure your dev team is well read on Apple’s App Store Review Guidelines. MVC (Model-View-Controller) architecture is the preferred design approach and has benefited from widespread adoption.

When you’re considering programming languages Objective-C is the dominant language used in iOS apps development; although Swift, Apple’s programming language for building iOS, is also used. Additionally, Xcode (while considered a huge and complicated application that runs only on Macs) is a good IDE and preferable when compared to JetBrains and AppCode simply because they don’t rival Xcode’s native integration and tooling features.

Ensure your dev team follows a uniform coding style to ensure easy maintenance and updates. Popular among such coding standards used are GitHub Objective-C, Google Objective-C guide and the like. Needless to say, your app should be compatible with all iPhone variants.

One important and often ignored component is selecting an app-naming convention. This is essential to ensure code readability. Classes, methods, constants, and functions should follow Apple’s basic conventions to avoid ambiguity and abbreviations.

On top of proper app naming conventions, consider Apple’s comprehensive set of libraries and frameworks. It comes in handy when you’re implementing custom UI animations and working with device hardware.  No matter how proficient the development style it always helps to submit your app to peer review. Increased scrutiny of your code by peers will only make it better. You app should also be submitted to rigorous testing for bugs.

You’ll also want to consider the distribution method for your mobile app. Apple offers 3 distribution models. Normally users upload the application directly to the App Store so every iOS user can access it. However, if you need to beta test your app you can use Apple’s TestFlight platform to invite users to test your app and collect valuable feedback before you release it on the App Store. You can invite up to 10,000 testers using their email address. If you need to host an enterprise level app, use the Apple Developer Enterprise Program.

Apple prioritizes app security and you should too. Make sure your dev team is familiar with the latest iOS Security Guide. It outlines details about how security technology and features are implemented within the iOS platform. It will also help you combine iOS platform security technology and features with your own policies and procedures to meet Apple’s specific security needs. At a minimum your app should ensure the best security practices like high-grade encryption, keychain use and data protection using SSL and HTTPS certificates.

The smartphone market is increasing year over year. Apple is the second largest vendor of smartphones worldwide, with the company selling more than 215.8 million iPhones worldwide in 2017. It’s no wonder why iOS is a great mobile platform to host your application and experience a high ROI.

Suman Balakrishna is the co-founder and CEO of famed game and app development company Juego Studios, which excels in developing high-end games and apps using the latest emerging technologies. Their forte is broad ranging from gaming, AR/VR, simulation and visualization, gamified solutions, AI and IOT, web app and cross-platform mobile app development.  Armed with seasoned artists, designers, and developers the company has served a huge client base including the Fortune companies. Connect with @juegostudio on Twitter. 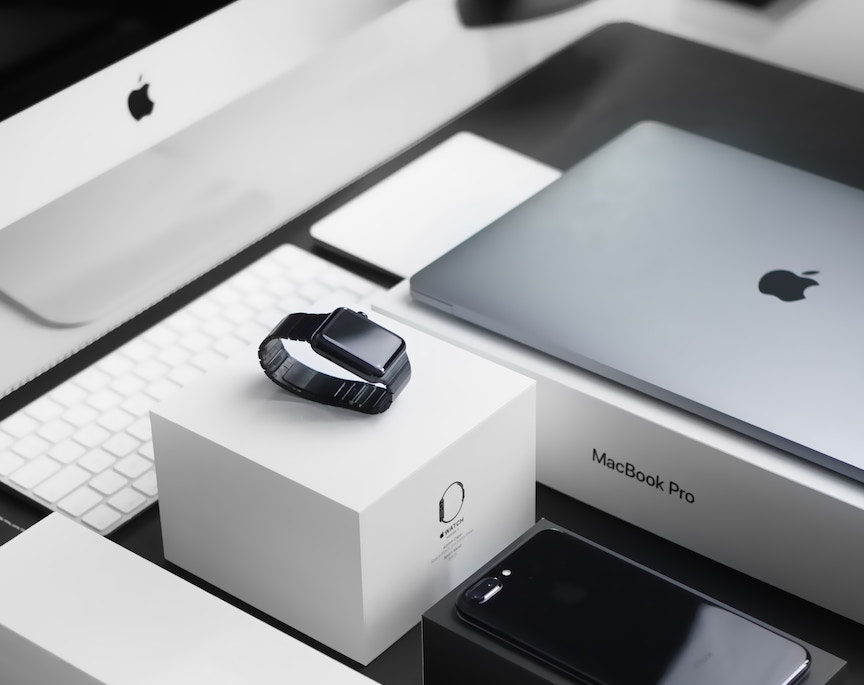