There’s never been a better time to be a female entrepreneur. The world of business is friendlier to women than it’s ever been and if you’re  talented, determined,...

There’s never been a better time to be a female entrepreneur. The world of business is friendlier to women than it’s ever been and if you’re  talented, determined, and have a clear vision, there’s no reason you can’t succeed.

That said, there’s still progress to be made.

Your gender isn’t considered the workplace handicap it used to be, but you will run into old-school sexism from time to time.

As a woman who’s owned and operated a communications agency  since 2008, led a nationwide entrepreneurs’ association, and met with hundreds of businessmen and women, I can tell you that it’s not so much an  eventuality as an inevitability.

While it isn’t usually malicious, there’s still something tremendously frustrating about being judged by your gender  instead of your merits – purposefully or otherwise.

Gaining respect as a female entrepreneur

If you’ve ever been talked over in a new business meeting or asked about whether or not you plan to give up work to have children, you’re not alone.

Don’t  stand for this. Your company isn’t your hobby, it’s your career, and your work deserves to be taken seriously. Sometimes you’ll have to insist on it.  If you’re a female entrepreneur, here are four ways you can convey power and authority – and get the respect you deserve.

1. Dress for success (not to impress).

In an ideal world, you’d be judged on your character, rather than your wardrobe; it shouldn’t matter if you turn up to prospect or for client meetings in full juggalo regalia, as long as you’re offering something useful. Alas, this is not an ideal world.

The truth is that  simply being a woman can put you at a disadvantage. Dressing casually will only compound this issue: if you’re not dressed smart (i.e., like a boss), you  won’t be treated as one.

This isn’t to say you should dress like a man, or in a way that makes you feel uncomfortable. Let me clarify: dress for success is not the same as dressing to impress. You are a female entrepreneur with her own company – you’re already impressive. Pick an outfit that’s confident, professional,  and (most importantly) unmistakeably you.

2. Remind them who’s in charge.

This has happened to me more times than I care to admit: I’ll turn up to a client meeting with an employee or two in tow, and I’ll be largely ignored or  spoken to in a condescending tone, with all enquiries directed at my junior colleagues. Mysteriously, these colleagues are always male.

I don’t exactly blame the people in question. These days, a female entrepreneur is not a unicorn, but she can still be something of a novelty in certain industries.

Enterprise and commerce have been dominated by men for centuries. Over this time many men have been conditioned to only see other men as equals. When  they talk to your subordinates, it’s because of an unconscious bias; when this is pointed out, they’re usually quite embarrassed about it. In this  scenario, gently correcting someone should be quite sufficient.

That said, sometimes they’ll keep doing it anyway – either due to obstinacy or because their bias is simply that well-entrenched. In this  scenario, forcefully correct them. If they call you bossy – one of the oldest sexist chestnuts – good. You’re a boss!

Stand your ground. You worked hard to get where you are, and the very least you deserve is to be acknowledged as their peer.

3.   Don’t let anybody talk over you.

Becoming an expert in something is not easy, and  neither is building your own company. Reading a couple of Forbes or Fortune articles is no substitute for the actual experience of  success and failure. If you are dealing with someone who is confident in their own assumptions – and that is absolutely what they are – they wouldn’t be  talking to you in the first place.

Still, it’s essential to remember that just because someone doesn’t know everything it doesn’t mean you do. Always be polite, friendly, and open to dialogue and  new ideas. But don’t let anybody talk over you, and certainly don’t let them explain to you what you already know.

Finally, everyone has a limit. For female entrepreneurs, self-belief is as necessary as water. Many women have been trained to be submissive,  and to suffer constant slights and indignities. You need to break this pattern, and that means not taking any crap.

This doesn’t entail being a jerk; you should always start with the assumption that you’re dealing with a reasonable person – because usually, you are, and  any misunderstandings are quite trivial to resolve.

From time to time, though, you’ll encounter a prospective client that happens to be persistently difficult, boorish, and condescending. Trust me: they’re  unlikely to become charming and acquiescent in future. No matter how much money they might have, you don’t need them in your professional life.

In an age where there are more female entrepreneurs than there’s ever been before, this is an especially important principle to remember. Women like Ariana  Huffington and Sophia Amoruso are helping us inch closer to gender parity, and you can do your part to accelerate this process by making sure you and your  company are taken seriously.

Don’t settle for being part of the conversation – take control of it.

Heather Baker is founder and CEO of TopLine Comms, an integrated digital marketing consultancy based in London. She is the former President of the UK branch of the Entrepreneur’s Organisation, and holds an MBA from London Business School. Connect with @TopLineFounder on Twitter. 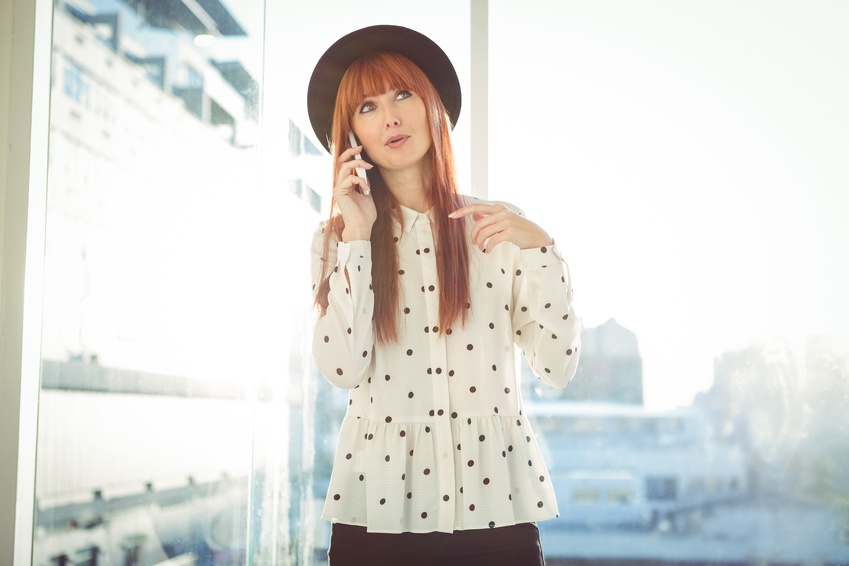