You Should Ditch Tech And Launch Consumer Products Instead

I’m not saying give up on your journey as a tech entrepreneur, quite the contrary! I’m saying hop off the beaten tech path and try spending your resourceful...

It’s been nearly seven years since Apple aired their first “There’s an App for That” commercial, and it seems like there’s an app for everything nowadays. Why? Because aspiring entrepreneurs have been brainwashed into thinking it’s the only path to success.

I’m here to drop the hammer on that theory, because I’ve been there, the app gold rush is long over, and because I successfully ditched tech to bring a kick-ass product to the shelves.

Like most ambitious college sophomores, I tried starting an app with two guys I met at a local Startup Weekend. It was going to be an anonymous-based, photo sharing app for college campuses; and it would totally change the tech landscape forever.

But it didn’t, and we spent more time innovating, than producing the damn thing. How would this non-profit-producing application grow? We had no clue, so we eventually ditched the entire project.

Two years later, while sipping on my mom’s weirdly named wine, I thought of an idea. What if we called an alcoholic beverage, “Sechs” and sold it to college students like myself? Sechs (spelled as such by our German counterparts for the number six and said exactly how it sounds) was surprisingly available to be trademarked for an alcoholic beverage.

I got the boys from my previous app venture together and a business was born. A year later, we’re on the shelves at Ohio State and Ohio University, and coming to a frat party near you.

The nicest thing about the transition from developing an app to producing a consumer product, is actually not having to reinvent the wheel every step of the way. Virtually any question we encountered as we developed our company, could readily be answered with a quick search on Google.

Things that could take months of whiteboarding for tech startups like: “Oh! I don’t know, how to make money with this app!”, were very straightforward for us as a tangible product-based company: create a product, sell to stores, simple.

Obviously, starting a business in the most highly regulated industry in the United States wasn’t as easy as I may be implying. But the nice thing about motivated entrepreneurs – where others give up, is that we figure it out!

I’m not saying give up on your journey as a tech entrepreneur, quite the contrary! I’m saying hop off the beaten tech path and try spending your resourceful time starting a business the old-fashioned way.

Humans have done it for a millennia, brick-and-mortar style, so give it the good ol’ entrepreneurial try. Start by getting back to the basics, make something you’re passionate about (I was passionate about beer in college), and maybe even test age old theories. Example: Does sex sell?

If you’re asking me? I can tell you, without a doubt, it most certainly does.

Mason Estep is the co-founder and Vice President of SECHS LTD, a company selling Sech’s Bombacious Berry, and 8% berry flavored alcoholic beverage sold in stores on college campuses across Ohio. Estep attended Ohio University, and is an advocate for entrepreneurship because, like others, he couldn’t focus in school as he too frequently enjoyed thinking of new ideas. Connect with @drinksechs   on Twitter. 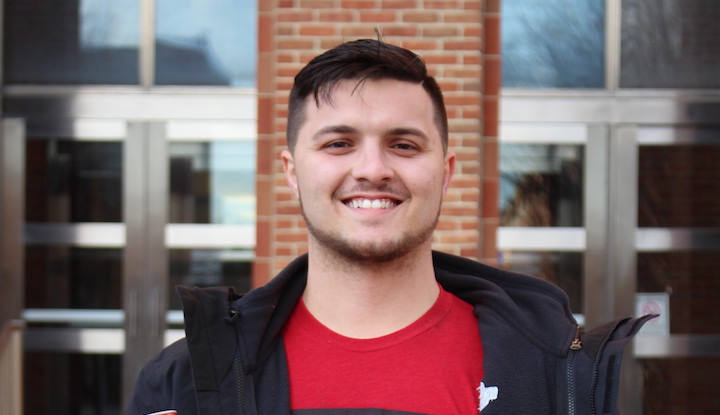